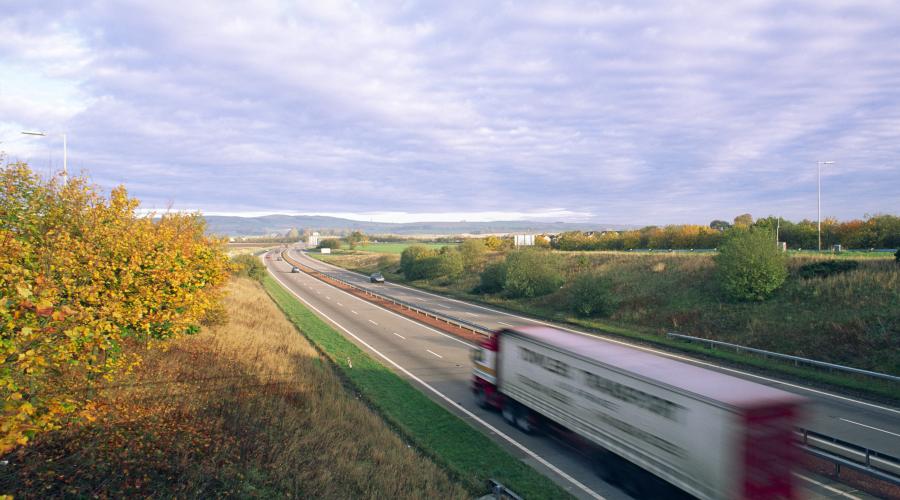 Habitat fragmentation occurs when larger areas of habitat are split into separate, smaller areas. It’s been happening for many years.

Habitat fragmentation has a number of adverse impacts on wildlife.

If changing land uses reduce the total area of a habitat, the species that need those habitats are put under more pressure.

For example, the total area of Lowland raised bog in Scotland fell by 44% between 1947 and 1988 – that’s an average annual loss of 2.5km2 of raised bog habitat every year. Plants and animals dependent on this habitat have had to make do with a smaller total area of habitat each year.

As habitats become more fragmented, the remaining habitat patches (core areas) can become too small to support species that need a large area to survive.

So, while some suitable habitat may remain, it might not be big enough to support all the species characteristic of that habitat type. For example, red squirrels are thought to need at least 6 hectares of suitable habitat to survive and reproduce.

Greater fragmentation increases the distance between habitat patches, making it harder for individuals to move from one patch to another. Potential movement routes can also be fragmented – e.g. by a road that cuts through a strip of woodland.

This leaves the remaining population in each habitat patch very isolated, which also leads to inbreeding and loss of genetic diversity. Populations thus become more vulnerable and can be more easily lost if a catastrophic event arises.

Fragmentation also prevents individuals of the same species migrating from other patches to replace the lost population.

The edge of a habitat patch is always next to a different land use and is often affected by ‘edge effects’ as a result.

As habitat fragmentation takes place, the remaining habitat patches get smaller and the relative amount of habitat edge in each patch increases. Edge effects thus come to influence a greater proportion of the habitat area.

Edge effects may include:

‘Edge species’ such as wild clematis respond well to an increase in edge area. ‘Interior species’, like bluebell, respond badly and must move further in to survive.

Many UK species tolerate edge effects and we have few interior species left. We may need to try to reduce habitat fragmentation, but we don’t necessarily need to recreate large individual habitat patches for most species to thrive.

Edge effects can also be positive: they create a mix of habitat types within an area, which is usually good for biodiversity, as long as patches are connected.