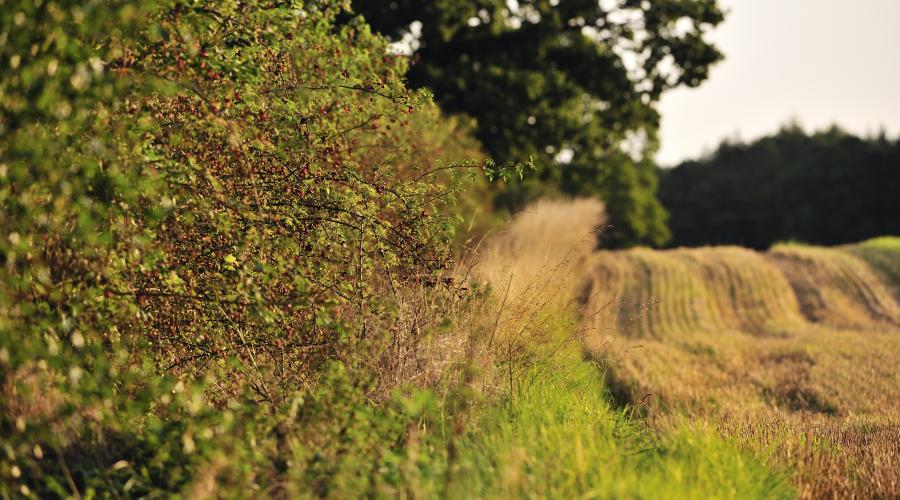 If climate change forces species to shift their range, habitat connectivity may enable movement to a more suitable core area.

As climate change takes place, the climatic conditions experienced in different places will change. The precise nature of the changes is still open to debate, but both humans and wildlife will need to adapt to our changing climate.

We expect many species in Scotland to shift northwards or to a higher altitude in response to climate change. Habitat networks may provide one mechanism that species can use to find suitable conditions in a new geographical area.

Each species has its own ‘climate envelope’ or ‘climate space’ – a range of climatic conditions that suit it and an area where these conditions are found. As the climate changes, climate envelopes will move and many species will need to move with them.

Some species will find that the climate in their area changes such that it no longer suits them. It might become too hot, too wet or too dry, or a mixture of these factors. Such species will either need to adapt rapidly to the new climate or move in search of a climate that’s closer to the one that suits them.

Species with low dispersal ability may be unable to move fast enough to keep pace with climate change. For example, the willow tit may need to move northwards from southern England, but this species rarely travels significant distances.

Other plants and animals may be able to disperse more quickly but must still move through land that surrounds their core areas. Large-scale dispersal will be impossible for species that survive in small, isolated habitat patches surrounded by an impermeable matrix.

How habitat networks can help

Habitat networks that link together separate patches of habitat may provide a way for some species to follow their shifting climate envelope.

This is particularly important if climate change is, as it now appears, inevitable, meaning that many species must migrate, adapt or die. By creating habitat networks now and enabling species to move elsewhere, we may give some species the chance to respond effectively to a changing climate.

Habitat networks aren’t the solution to all of our climate change problems.

Some habitats (e.g. mature broadleaved woodland) take too long to develop for habitat networks to make a difference. By the time an effective network is in place, the species that needed it may already be extinct in the local area.

In some cases, it may be more important to strengthen and enhance core areas to effectively support vulnerable species, even in a changed climate.

For example, the capercaillie is predicted to lose much of its climate space in Scotland. Improving any existing capercaillie habitat is vital to give the species the best chance of survival in the future. We can’t know if this will be enough to secure its survival, but it should improve the capercaillie’s chances.