One of the best ways to understand how to model a network is to explore some modelling processes in action.

BEETLE computer based evaluation tools can assess the functional connectivity of a landscape for a focal species or generic focal species. It uses a base map, which shows the current landscape and potential core areas of high biodiversity woodland within it.

The BEETLE approach then evaluates the permeability of the surrounding landscape for the species in question. Each different land use is given a relative ‘resistance weighting’. These are usually agreed with input from experts, as there are rarely data to tell us how far a specific species can travel through a specific land use.

In this way, areas with functional connectivity – i.e. low resistance for a species – can be mapped. Areas with poor connectivity can also be mapped and actions to improve connectivity and extend the network considered.

Bulgaria contains several mammal species that roam across large areas of land such as the brown bear, otter and wolf. It also has a rapidly growing transport network, and new the roads and railways are causing habitat fragmentation. This threatens the long-term survival of many species.

In 2007, Alterra looked at ways to restore habitat connectivity across transport corridors in Bulgaria. The LARCH computer model was used to find out which roads and railways were having the greatest impact.

The model evaluated population viability of different species with and without the transport corridors. This flagged up which areas of habitat could be made into a viable size for priority species by removing or mitigating the effect of a road or railway. For example, the team produced network maps showing viable habitat and too-small habitat patches for wolves, before and after mitigation of transport corridors.

Flanders is a densely populated region of Europe, with a highly fragmented landscape. To try and counteract this, the Spatial Structure Plan for the Flemish region, published in 1997, included the designation of various ‘green areas’. The Flemish Ecological Network (FEN) was included within this.

FEN aims to create a network of nationally and internationally important ecosystems within Flanders. It is based on Major Areas of Nature Interest, which are areas dedicated primarily to nature conservation – they form the core areas or habitat patches within this network.

FEN is supported by a series of connecting structures, which include officially designated Nature Zones with Mixed Interest (e.g. parks and some agricultural land) and a series of corridor areas such as hedges and small rivers.

Each FEN area was identified on a map, and the network is based on a series of structural connections that can be mapped and seen on the ground. This will create additional habitat area and should allow some species to move within the region. 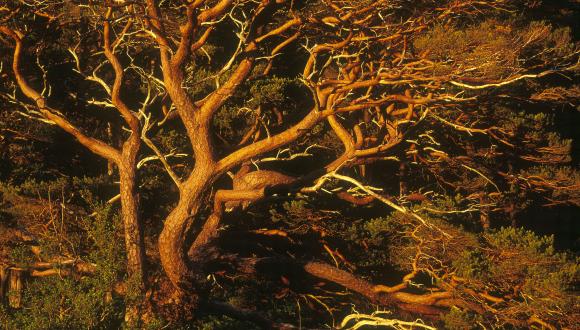 Learn why and how computer models are often used to assess or design a habitat network. They will 'crunch' the data to map possible networks.

Learn about landscape structure tools, landscape function tools and models that are used in the process of evaluating and creating habitat networks.