Horse mussels form beds that become home to many creatures including fish and shellfish.

Horse mussels (Modiolus modiolus) are bivalve molluscs, similar to the blue mussels of our seashores. Horse mussels grow much larger – up to 20cm in length – and usually live below the low watermark.

This species occurs all around the British Isles but is more common in the north. The most extensive bed, or reef, is off the north-east coast, in depths of 5 to 70m. Mature horse mussel beds aren’t known south of the Pen Llŷn in North Wales.

Mussels usually live part-buried in soft to coarse sediments, but can also attach to rock from the lower shore to around 280m deep. They can live singly, in small clumps or may form vast beds and reefs, especially in sheltered sites with tidal streams (e.g. sea loch narrows, island sounds).

Live animals have a glossy brown covering over their dark blue shell, and the edge of the living mollusc forms a pale lip inside the shell. Strong, golden byssal threads anchor the buried end of the horse mussel’s shell to a stone, mussel or other shell on the seabed.

Many horse mussels live for more than 25 years and some survive for 50 years. Young mussels are a favourite meal for crabs and starfish, but once more than 6cm long they are relatively safe from these predators.

Bottom trawls and dredges, particularly those used for scallops, have caused widespread and long-lasting damage to some horse mussel beds.

More information on the sensitivities of horse mussel beds can be found at Scotland's Feature Activity Sensitivity Tool (FeAST).

Horse mussel beds are a Priority Marine Feature, a UK BAP habitat and an OSPAR threatened and declining habitat.

Horse mussel beds are protected in 12 locations around Scotland by a suite of Marine Protected Areas shown in the map below.

Have a look at some photos of Scottish horse mussel beds and some of the animals that live there.

Learn more about the horse mussel on the NBN Atlas Scotland website. 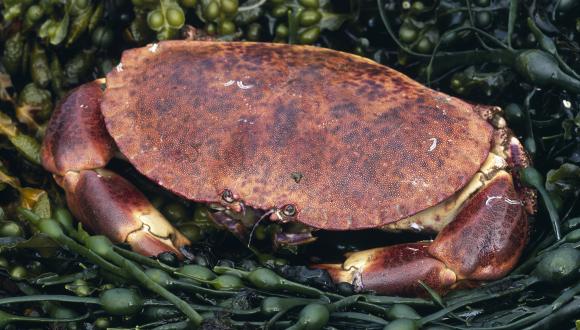 Among the marine invertebrates found along our coast and in our seas are the European spiny lobster and native oyster, both of which have suffered declines.