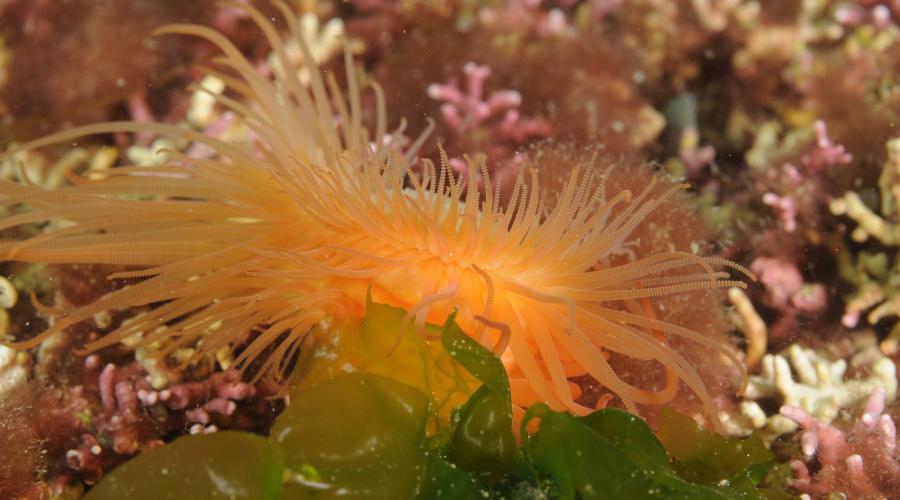 A network of Marine Protected Areas (MPAs) helps to protect nationally important marine wildlife, habitats, geology and undersea landforms. Scotland's MPA network makes a significant contribution to European, North-east Atlantic and global MPA networks and helps deliver our international commitments for protection of the marine environment. The term ‘MPA’ is a generic one and is used to refer to all of the types mentioned below.

The Scottish MPA network consists of 244 sites, 230 of these are for nature conservation purposes and are designated under various legislative frameworks and include:

Nature Conservation MPAs (NC MPAs) are designated under the Marine (Scotland) Act 2010 and Marine and Coastal Access Act 2009. A total of 35 NC MPAs have been designated in Scotland’s seas, and give much-needed spatial protection to a wide range of marine wildlife, habitats and geology not previously covered by the network. Protection for a broader range of habitats and species means Scotland's MPA network is able to make a greater contribution to maintaining the ecosystem services we all depend upon.

Marine SACs and SPAs are international designations under the European Habitats Directive and Birds Directive and transposed into domestic legislation. Additional information can be found on our Marine European Sites  page. There are 58 marine SACs protecting habitats and species listed in Annex I and Annex II of Council Directive 92/43/EEC. There are 56 marine SPAs protecting all migratory birds and species dependent on marine environment listed in Annex I of Directive 2009/147/EC.

SSSIs with marine components (65) are national designations under the Nature Conservation (Scotland) Act 2004. These include land and the foreshore generally only down to mean low water spring tide level. Ramsar sites contributing to the MPA network (16) are designated under the 1971 Wetlands of International Importance.

A leaflet explaining the different types of MPAs is available.

Learn about the link between OSPAR and the Scottish MPA Network and further information on NatureScot's MPA advice.

The Marine (Scotland) Act 2010 and The UK Marine and Coastal Access Act (2009) provided provisions to designate new Nature Conservation MPAs within territorial and offshore waters respectively, to build on the existing network of marine SACs, SPAs, SSSIs and Ramsar sites.

Developing Scotland’s network of MPAs is part of a wider strategy to meet the Scottish Government’s commitment to a “clean, healthy, safe, productive and biologically diverse marine and coastal environment that meets the long term needs of people and nature”.

A well-managed network of MPAs will:

The approach for identifying Nature Conservation MPAs followed a science-based process as set out in the Scottish MPA Selection Guidelines.  The first Report to Parliament on the progress to identify a network of MPAs was published in 2012 and further details can be found on the Background to the NC MPA Selection page.

Throughout the process there have been valuable contributions through:

Find out more through our MPA advice page and explore our Survey and monitoring page. The latest news is on the main MPA page.