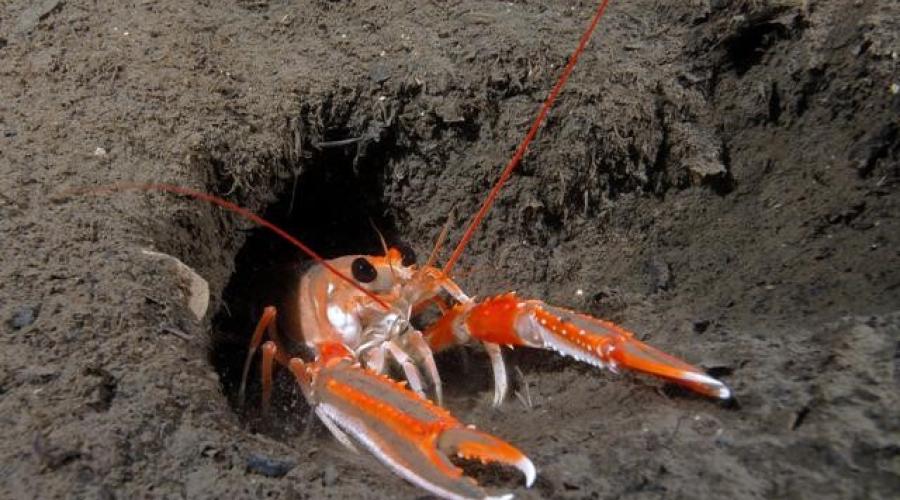 Deep, soft mud is a surprising home for some special marine animals, like Norway lobster, fireworks anemone and sea pens.

Burrowed mud is mainly found in deep water or sheltered conditions where there is very little water movement. On open coasts, this is only in deeper water below 50m in the sheltered basins of sea lochs however mud-dwelling creatures can be seen in much shallower water.

The inner basins of deep, fjordic sea lochs and some Shetland voes have a version of this habitat that's special to Scotland.  Due to the stable conditions animals more typical of deeper depths can live here as shallow as 15m.  Muddy seabeds are found at locations all around Britain’s coast, Scotland has most of them on our west coast and in the northern North Sea, making them one of Scotland's Priority Marine Features.

Sea pens, which are related to sea anemones and corals, are perhaps the most characteristic and obvious animals in the mud. Anchored by a bulbous base, the sea pen’s many small polyps trap plankton and other food particles in the water.

Sea pens found in the mud include:

The tall sea pen can form white, feathery ‘forests’, and is sometimes host to the curious deep-water brittlestar (Asteronyx loveni). The brittlestar hangs on with one or two of its five long, coiled arms, and uses the others to catch food.

Another special feature of sea loch mud is the fireworks anemone (Pachycerianthus multiplicatus).

Burrows and mounds between the sea pens are clues that other creatures live within the mud:

The activities of all these animals help to aerate the mud, which would otherwise become anoxic (lacking in oxygen) just below the surface.

On mud at 65m in Loch Goil, there is an unusual community with abundant sea squirts, including the rare Styela gelatinosa, along with terebellid worms and the seven-rayed scallop Pseudamussium septemradiatum. This odd assemblage of animals may be a relict from the last ice age.

Burrowed mud habitats are vulnerable to a number of human pressures, but especially physical disturbance and pollution. For example, high levels of nutrients or organic material can cause the mud to become very low in oxygen, to the point that the typical communities can no longer survive.

Disturbance from large scale engineering operations or from towed fishing gears can also affect the quality of burrowed mud seabeds.

More information on the sensitivities of burrowed mud can be found at Scotland's Feature Activity Sensitivity Tool (FeAST).

Burrowed mud is a Priority Marine Feature and an OSPAR threatened and declining habitat ('sea-pen and burrowing megafauna communities').

Burrowed mud is protected in eight locations around Scotland by a suite of Marine Protected Areas shown in the map below.  Elsewhere, the management of activities such as fishing and aquaculture can play a role in conserving this important habitat. 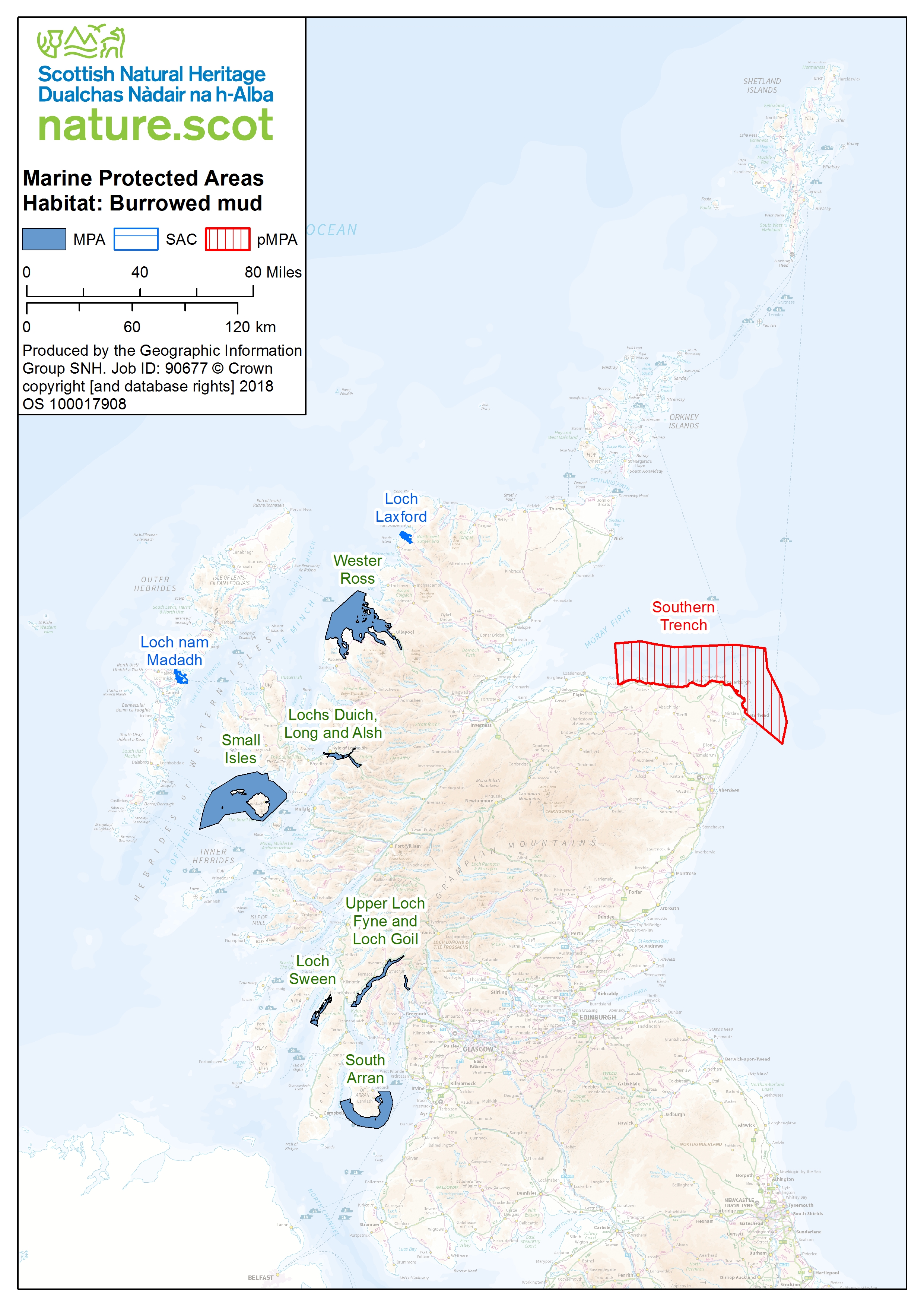