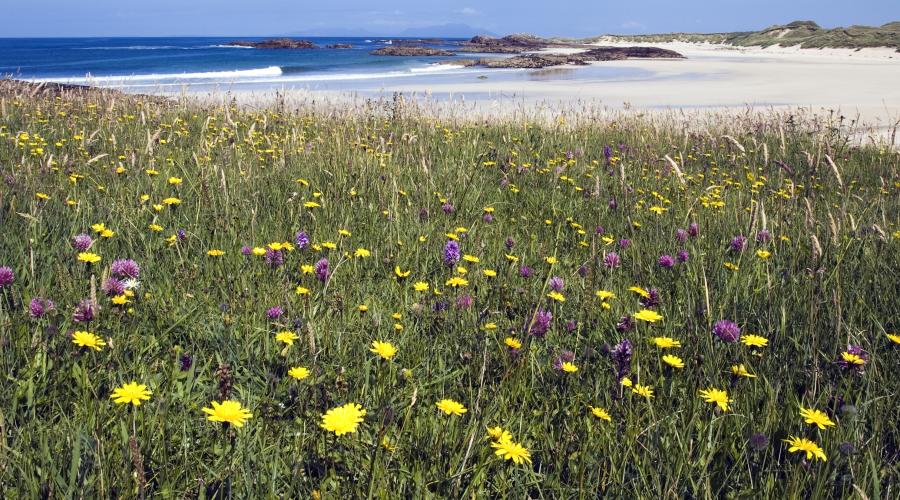 Our highly intricate coastline, which includes around 800 islands, stretches to about 11,800km and encompasses varied habitats.

Our coastline would stretch from Scotland to Australia were all of its curves and creases straightened out. Coastal habitats are thus a very big part of the Scottish landscape.

Scotland has the bulk of the UK’s sand dunes, and they back some of Europe’s most spectacular beaches. With more than 50,000 hectares of sand dunes, this represents 71% of Great Britain’s coastal sand resource.

Machair is one of Scotland’s most remarkable living landscapes, where people manage the land in a way that encourages wildlife. Most machair systems are fronted by sand dunes.

Scotland’s coasts support a wide range of superb cliff habitats, which are home to seabirds and maritime heath and grassland. In northern Scotland, spring squill and Scottish primrose can thrive here, as can ‘perched’ saltmarsh, if there’s plentiful sea spray.

Saltmarsh forms in sheltered environments at the head of bays and inlets, where the tide covers plants twice daily. From above, a saltmarsh looks like a mosaic of green swards entwined with sinuous creeks and isolated pools.

Our 103 saline lagoons occur mainly in the Northern and Western Isles, with scattered examples dotting the mainland coast and Inner Hebrides. Some species found here also occur in estuaries, but a small number of ‘lagoon specialists’ rarely occur anywhere else.

Shingle on more sheltered coasts may be stable enough, at least in summer, to provide a viable habitat for some plants and animals. Active shingle is most inhospitable, however, as the waves cause the pebbles to rub against each other. 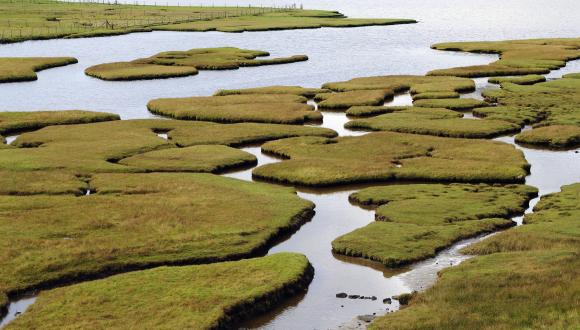 Seen from above, saltmarshes are mosaics of green swards entwined with sinuous creeks and isolated pools. Various northern species occur in Scottish saltmarsh. Scotland has more than 50,000 hectares of sand dunes 71% of Great Britains coastal sand resource. Explore sand dune systems and the threats they face.