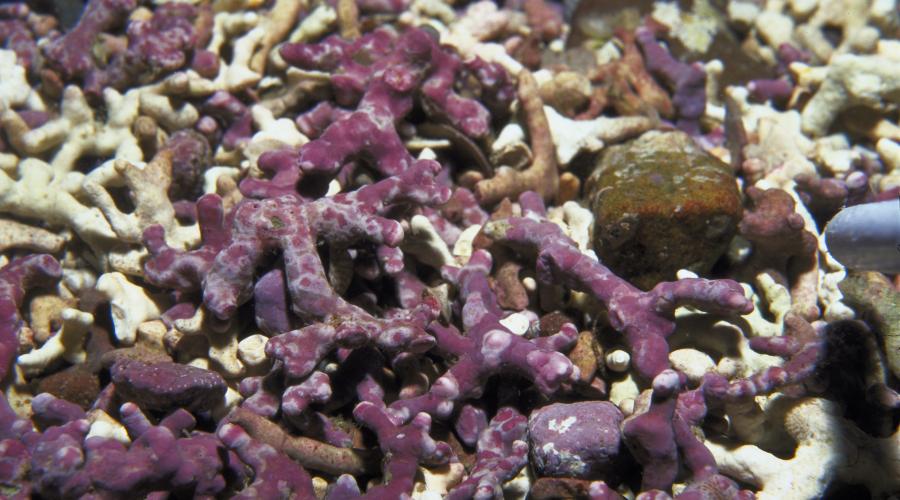 Maerl beds provide vital shelter to many and varied marine creatures. Their protection is crucial to managing our seas wisely.

Living maerl is a purple-pink hard seaweed that forms spiky underwater ‘carpets’ on the seabed, known as 'maerl beds’. As a type of 'coralline’ algae, maerl deposits lime in its cell walls as it grows, creating a hard, brittle skeleton.

Maerl beds are a priority marine feature in Scotland's seas.

Western Scotland’s famous white beaches are made not of coral but of fragments of dead maerl, crushed by the waves and bleached by the sun. Aggregations of living unattached maerl are often called ‘rhodoliths’.

On open coasts exposed to some waves, maerl grows as flattened discs. Where there’s less wave action, it often forms dense, branched, spiny nodules up to 10cm in diameter.

Information on where maerl beds are found is at Scotland's National Marine Plan Interactive (NMPi).

In many areas of the west coast, and in sea loch narrows, extensive beds of living maerl develop above a deep gravel of dead white maerl. These maerl beds are an important habitat for many smaller marine plants and animals.

Animals that burrow in the maerl gravel beneath the living bed include:

Young scallops in particular seek out living maerl beds as nursery areas. Protecting maerl beds thus helps to sustain our scallop fishing industry. Yet scallop dredging has been shown to cause significant damage to maerl beds and to their associated species.

Fragile and slow growing, maerl can be damaged by dredging, heavy anchors and mooring chains.  Maerl is expected to be adversely affected by rising temperatures and ocean acidification caused by climate change.

More information on the sensitivities of maerl can be found at Scotland's Feature Activity Sensitivity Tool (FeAST).

Maerl beds are a Priority Marine Feature, a UK BAP habitat and an OSPAR threatened and declining habitat.

Maerl beds are protected in 11 locations around Scotland by a suite of Marine Protected Areas shown in the map below:

Watch the videos, A maerl bed in the Sound of Barra and 2016 Mousa maerl bed octopus

Have a look at some photos of Scottish maerl beds and some of the animals that live there.

Learn more about maerl on the NBN Atlas Scotland website.

The algae that thrive on Scotland’s coasts and in our seas are more commonly known as seaweeds. Kelp and sea loch egg wrack form especially valuable habitats.