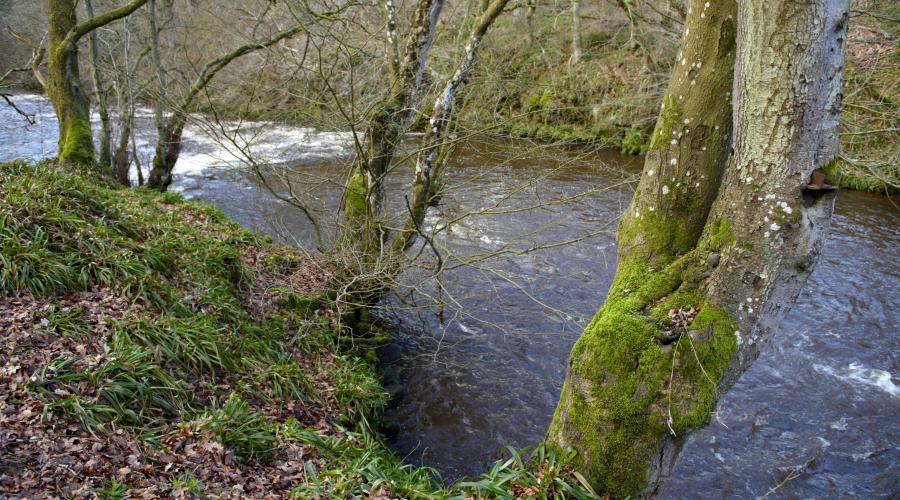 Scotland has a huge resource of running waters, including the mighty River Tay, which has the highest mean flow of any watercourse in Britain.

Factors such as geology, soils and climate have a major influence on the form, substrate, water quality and flow of running waters. Huge variation in these qualities in Scotland results in a rich mosaic of habitat types both within and between watercourses. Aquatic and riparian (bank-side) vegetation adds further diversity.

As a result, habitats support a wide range of wildlife, including:

From our hills to the sea

In mountainous or upland areas, running waters are typically steep with a bed of rock, boulders and cobbles. Plant growth is rather sparse and mostly limited to mosses and liverworts.

Flows fluctuate with the rate of precipitation and snow melt, and so the habitat supported by headwaters is in constant flux. Flora and fauna tend to be dominated by a small number of species adapted to unstable environments. These include stoneflies and other riverflies.

Riverine shingle and sand support a varied flora and fauna, including rare insects and spiders. Increasing amounts of riparian vegetation create subtle changes in flow and energy – for example, erosion may occur round the roots of bank-side trees. The deposits of fine sediment that result support species such as lamprey.

Nutrient levels are typically higher the further downstream you go. The lower and slower reaches of watercourses support a higher abundance of aquatic plants.

Species found here may include water-crowfoot, water-starwort and alternate water-milfoil. These provide seasonal cover for fish, and marginal habitat to support the adult phase of insects such as damselflies, whose larval stage is wholly aquatic.

Salmon, sea trout and other migratory fish rely on the presence of different habitats along the length of watercourses to support their various life stages. As the freshwater pearl mussel’s life cycle is closely linked to that of salmonids, it too depends (indirectly) on the availability of diverse habitats.

This habitat diversity, and the species that it supports, is what makes Scotland’s running waters so important both nationally and internationally.

River restoration and biodiversity – Centre of Expertise for Waters

Our wetlands support birds, insects and plants, give us clean water, help to moderate floods and maintain river flows, and store vast amounts of carbon.