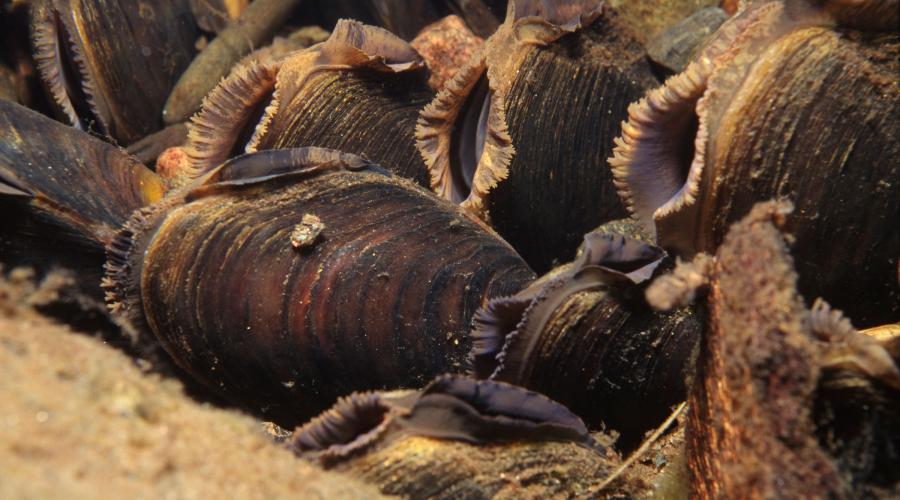 We are leading efforts to help conserve the freshwater pearl mussel, an important and iconic species that is on the brink of extinction in Scotland.

Scotland contains many of the world’s most important populations of this critically endangered mollusc, which we’re working hard to conserve. Yet even in Scotland, there has been a dramatic decline in how many of our rivers continue to support freshwater pearl mussels.

The decline of Scottish pearl mussels was first recorded in the 18th century. This decline sped up in the 20th century, with the species becoming extinct from two Scottish rivers per year on average between 1970 and 1998 (when the mussel was granted full legal protection). Many rivers still home to the species contain only old mussels, with no signs of reproduction seen.

Freshwater pearl mussels are similar in shape to common marine mussels but grow much larger and live far longer. They can grow as large as your hand and live for more than 100 years, making them one of the longest-lived invertebrates. A mussel may very occasionally bear a pearl.

These mussels live on the beds of clean, fast-flowing rivers, where they can be buried partly of wholly in coarse sand or fine gravel. They feed by drawing in river water and ingesting fine particles of organic matter. An adult freshwater pearl mussel can filter more water in a day than an average person uses to shower. They are dark brown to black in colour.

Mussels have a complex life cycle: in their first year, they live on the gills of young Atlantic salmon or brown trout, without causing harm to the fish.

Freshwater pearl mussels are rare in Scotland, mainly due to ongoing, illegal pearl fishing, poor water quality and habitat damage. The mussel’s over-exploitation for centuries is the primary reason for the massive historic decline in its numbers and range.

As filter feeders, freshwater pearl mussels are also extremely vulnerable to water pollution and engineering work in rivers – e.g. construction of weirs or deepening of pools.

The effect of these threats means that, in Scotland, the species is on the brink of extinction in several rivers. Consequently, NatureScot has been leading efforts to help conserve this important and iconic species.

We have worked with many partners over the last decade to save and conserve our freshwater pearl mussels. This important work continues today.

As part of the Species Action Framework, freshwater pearl mussels were reintroduced to a river where they had become extinct. Since then, the pearl mussel has remained a UK wildlife crime priority. We continue to work with Police Scotland and the UK National Wildlife Crime Unit to tackle this important threat.

Work to protect this species has also included the Pearls in Peril LIFE project – which ran from 2012 to 2017 – to save and restore populations in 21 rivers across Scotland, England and Wales.

You should call Police Scotland on 101 urgently if you see any suspicious activity in or near a river that may contain freshwater pearl mussels. 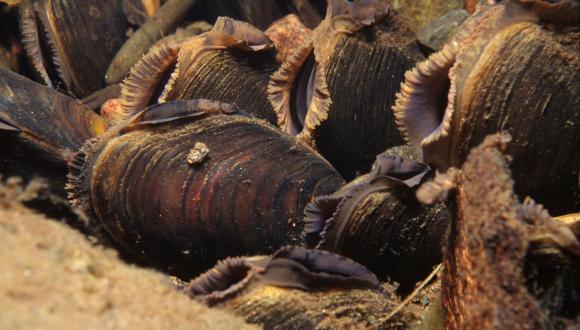 The Pearls in Peril project put vital conservation measures in place in key rivers and raised awareness of the freshwater pearl mussels plight.