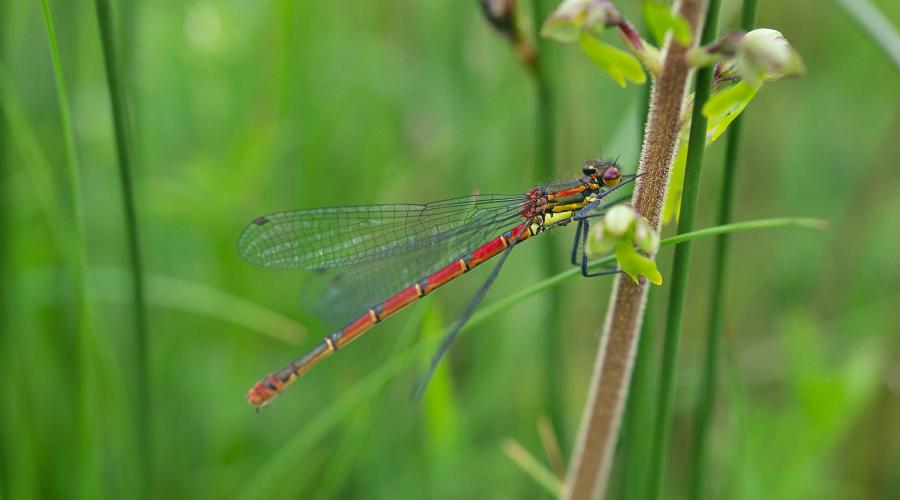 These winged insects spend much of their early life as ferocious predators, hunting in Scotland’s freshwater habitats.

There are more than 5,500 species worldwide of these insects. Most of them live in the tropics.

Adult dragonflies and damselflies feed on live insects that they catch while in flight. They frequent sheltered, sunny areas where prey is plentiful.

Scotland’s most common dragonfly and damselfly species breed in ponds and lochs. Such bodies of water are quite widespread but are at risk of pollution, infilling and being drained.

Eggs are deposited in, or near, freshwater or into aquatic vegetation. Once hatched, the larvae prey on a variety of aquatic organisms. They moult several times over a period of months or years, depending on the species.

Protection of dragonflies and damselflies

Find out which of our dragonflies and damselflies are protected species of invertebrate.

Find out how to record sightings of dragonflies on the British Dragonfly Society website.

Your input will help us to determine the health of our dragonfly populations.

Search for dragonflies and damselflies on the NBN Atlas Scotland website