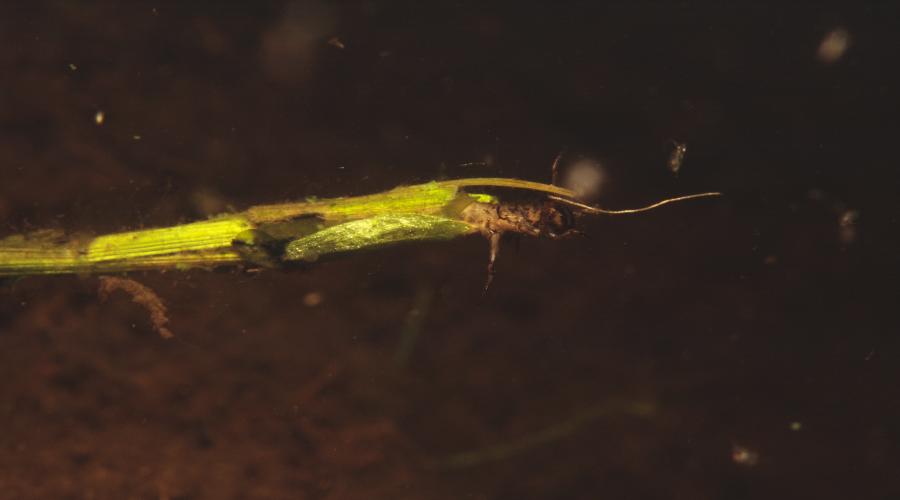 Stoneflies, mayflies and caddisflies spend most of their lives as larvae on our river and loch beds.

An adult riverfly's life as a winged insect is very short compared to the larval stage. Yet these invertebrates are an essential part of freshwater environments, and provide a food supply (as larvae and adults) for fish and birds such as the dipper.

Mayflies (Ephemeroptera) appeared more than 300 million years ago, making them some of the oldest known winged insects on Earth. There are around 3,050 known species of mayfly in the world of which 51 species are known in the British Isles. Mayflies are the only insects to have two adult stages.

Stoneflies (Plecoptera) are a small group of aquatic insects, which typically prefer stony, fast-flowing streams. There are 34 British species, one of which is found only in Scottish watercourses: the Northern February red (Brachyptera putata).

Caddisflies (Trichoptera) can look similar to moths. However, caddisflies have hairy wings (which gives them the name Trichoptera), this distinguishes them from moths, whose wings have scales. There are almost 200 species of caddisfly in the British Isles.

Find out about the various Riverfly Recording Schemes on the Riverfly Partnership website.

Your input will help us to determine the health of our riverfly populations.

Search for stoneflies on the NBN Atlas Scotland website