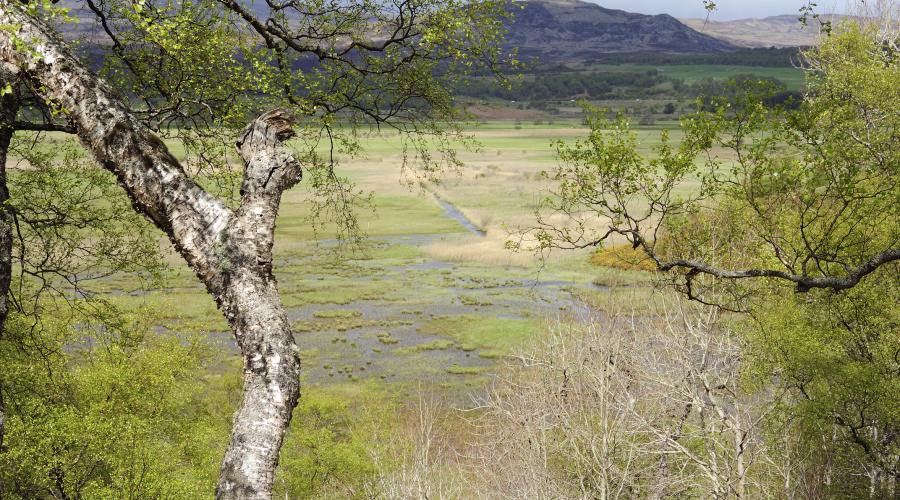 Lowland wetlands receive water from either:

Depending on the source and quantity of water involved, lowland wetlands vary hugely in their wildlife – from mosses and liverworts (bryophytes) to freshwater birds and otters.

Lowland raised bog is a very special type of wetland, which gets all its water from rainfall, snow and mist. These bogs began to form up to 8,000 years ago in shallow depressions, where poor drainage stopped the vegetation from rotting. Instead, peat was formed.

The peat is formed mainly from sphagnum mosses, which are able to hold 20 times their dry weight in water. This ability to act like a sponge helps to reduce how much water floods down our burns at peak flows.

Peat formed from decaying sphagnum mosses builds up at a rate of just 1mm per year, slowly making the bog rise above the surrounding land. On some raised bogs, the peat is 11m deep.

The peat at the bottom of the bog gives a unique insight into the climatic conditions found in the area several thousand years ago.

On the bog surface, the very acid conditions encourage plants like cranberry and the insect-eating sundew to grow. Colourful dragonflies and damselflies breed in shallow pools.

Blanket bog is another type of peat bog found in Scotland.

Fens are often very species-rich and contain a wide range of sedges, rushes and other wetland plants. Natural processes and centuries of human activity have together shaped this ever-changing habitat.

Fens occur across Scotland. Some are tiny, covering only a few square metres. Others may stretch over many hundreds of hectares.

Once highly valued for their soils and ability to absorb excess water, fens were abandoned as intensive agriculture, drainage and mechanisation took hold.

Many of Scotland’s remaining fens have since become dominated by unpalatable vegetation or invaded by scrub and trees.

You’ll find The Fen Management Handbook useful if you’re involved in fen management, creation or restoration from a practical, policy or planning perspective. It highlights practical fen management methods and explains the science behind them.

Marshes are areas of rushes and tall grasses that grow on ground where the water table is close to the surface – and sometimes over the surface. Often found on floodplains, they traditionally provided grazing when water levels were low.

Swamps occur where there is standing water all year round. Plants that grow in swamps are usually very lush, often with one plant species dominating a particular area.

Reed beds, a type of swamp, have dense stands of common reed that can tower up to 4m tall. Reed beds are important for birds like bearded tits and bittern. They also mop up nutrients that might otherwise cause water pollution.

You can visit some great examples of lowland wetlands on National Nature Reserves (NNRs).

Read about the wetlands on: 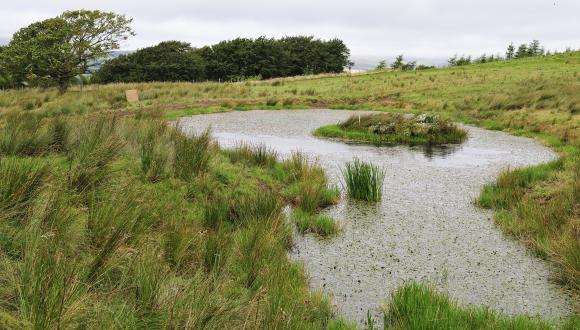 Ponds have a surface area of up to 2 hectares. Natural or man-made, they make great habitats for amphibians, invertebrates and rare species like pillwort.