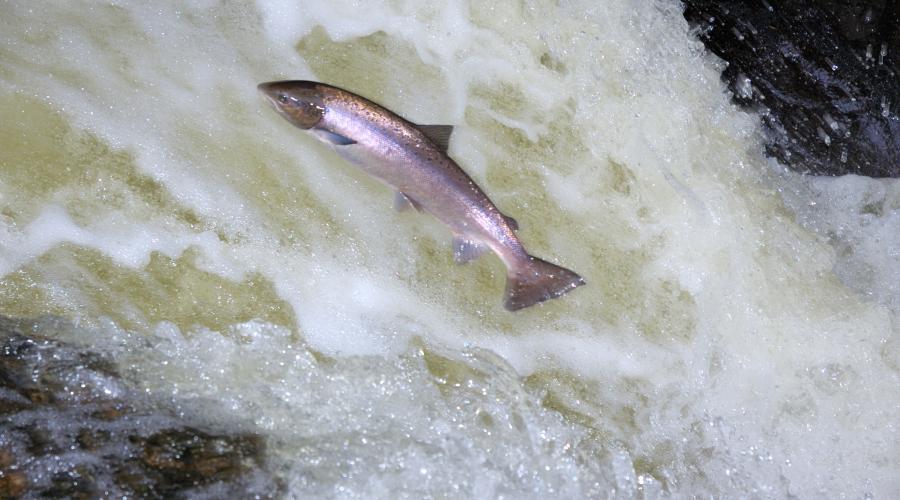 The Atlantic salmon, which supports a world-renowned fishery in Scotland, has a fascinating life cycle.

Atlantic salmon (Salmo salar) are found in the temperate and arctic regions of the northern hemisphere. They occur in the rivers of the countries that border both sides of the North Atlantic Ocean, and the Baltic Sea.

As an anadromous species, Atlantic salmon live in freshwater as juveniles but migrate to sea as adults before returning up river to spawn.

Atlantic salmon return to their native river, and even the same stretch of the river from which they were born, with amazing accuracy. This means that many ‘populations’ of Atlantic salmon may exist within the same river.

From spawning ground to sea

Spawning usually occurs from November to December, but may extend from October to late February in some areas, particularly larger rivers. About 90 to 95% of all Atlantic salmon die after spawning has taken place. Those that survive may spawn again.

Female fish lay their eggs in gravel depressions known as ‘redds’. As a female releases her eggs, an adult male (or mature juvenile) immediately fertilises them. The female then covers the fertilised eggs with gravel.

How long it takes for eggs to hatch (the incubation time) depends on water temperature. Eggs will usually hatch in early spring. The young fish, which still have a yolk sac attached, are called ‘alevins’.

The alevins remain in the redd for a few weeks and emerge from the gravel in April or May, having absorbed the yolk sac. Now about 3cm in length, the fish are known as ‘fry’.

Once the fish have developed markings on their sides, they’re known as ‘parr’. The parr will live in the river for two to three years depending on water temperature and food availability. On reaching about 12cm in length, the parr undergo a physiological transformation that lets them survive at sea.

The young fish, now called ‘smolts’, continue to change in appearance, becoming silver. These ‘post-smolts’ begin to leave rivers for the sea in late spring, with most fish gone by June.

Little is known about the migration pathways of post-smolts or returning adults. Some research has shown that post-smolts move in schools when heading to deep-sea feeding areas. Some of these fish feed in the Norwegian Sea and the waters off southwest Greenland.

These fish remain in the ocean from just over a year to three or four years.

‘Grilse’ are those fish that spend only one year at sea (usually around the Faroe Islands and southern Norwegian Sea) before coming back to Scottish rivers. Grilse reach 2 to 3kg in weight.

‘Multi-sea-winter salmon’ – or simply ‘salmon’ – are those fish that remain at sea for two to three years before returning to Scotland. They’re larger than grilse as they’ve spent more time feeding in marine environments (usually off Greenland).

Salmon that return to Scottish rivers from January to June are called ‘spring salmon’.

Salmon may, of course, enter Scotland’s rivers at any time of the year – which is not the case for Atlantic salmon observed elsewhere. It’s one of the reasons why Scottish populations are so important from a biodiversity perspective.

Find out about the Atlantic salmon as a protected species of fish. 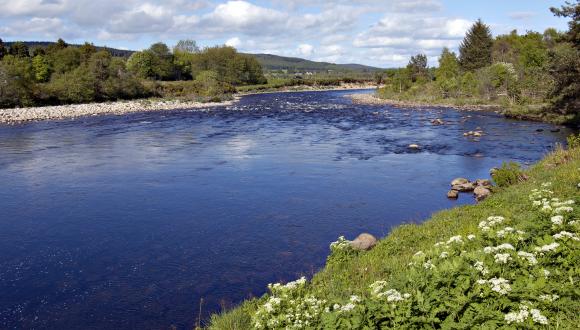 Planning and development: rivers and lochs

Read advice for planners and developers on how to consider impacts on some of our most important rivers and lochs as well as the flood risk of any river.