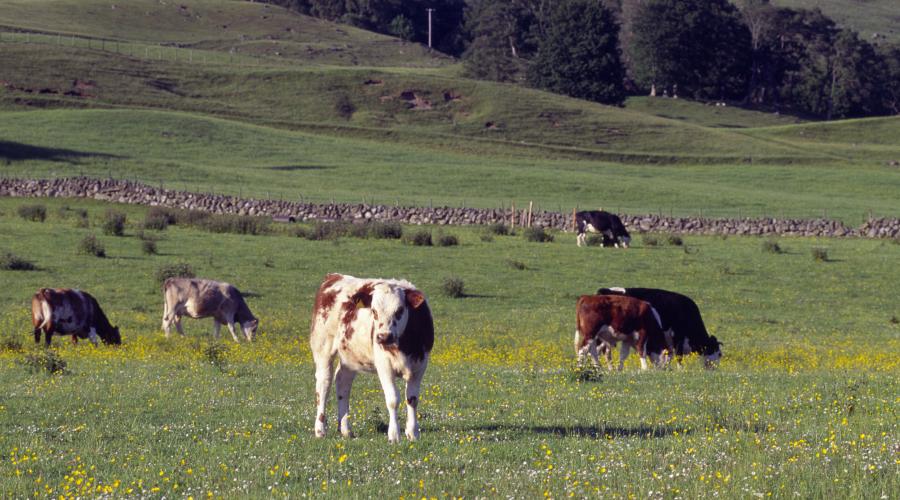 Dairy and meat production often involves intensive management, which can be linked to lower biodiversity and higher risks of pollution.

Dairy farming is part of Scotland’s agricultural production. The net number of dairy farms in Scotland has decreased, though cow numbers in 2017 are at their second highest level since 1997. This indicates a shift to larger production units.

Lowland livestock and dairy farms are mostly found in:

Dairy and meat production have high energy costs, and temporary grassland sown with ryegrass provides the rich feed needed by livestock. Such intensive management is often linked to lower biodiversity and higher risks of pollution.

Arable cropping and species-rich permanent pastures offer opportunities for biodiversity, though these are increasingly rare.

Improved grassland has more limited benefits for wildlife, but can:

Management schemes on Islay and Kintyre limit the feeding areas for geese, and on Tiree and the Uists they help to control the agricultural damage they cause.

Wetlands are also important for wildlife and regulate the flow of water on lowland farms, helping to prevent flooding. Many of these habitats have been drained for agricultural production in the past. But the number of ponds in the lowlands rose from 14,000 to 18,000 between 1990 and 2007.

Guidance note: The effects of supplementary feeding on species-rich grasslands