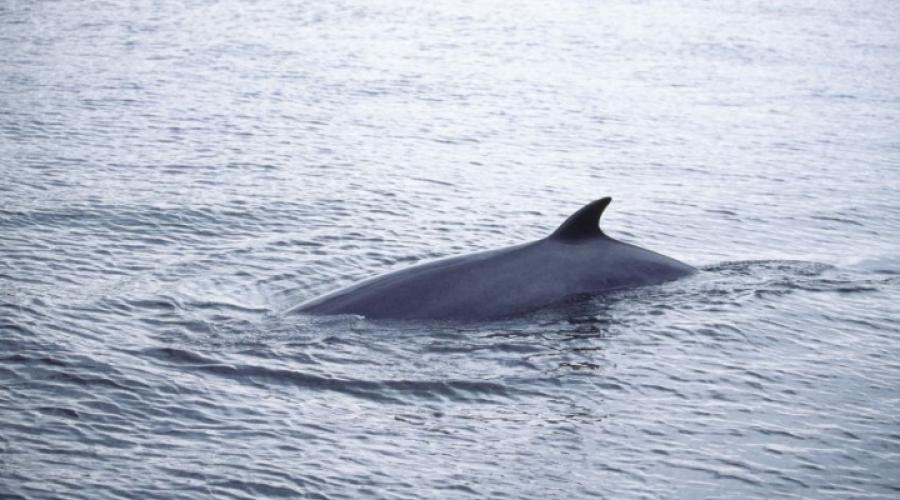 The magnificent minke whale is the most common of the baleen whales around Scotland, and the one you are most likely to see from headlands and ferries.

The minke whale is a medium-sized whale, sleek in shape, with a very pointed head. It is dark grey to black in colour with a white underside and has white patches behind the head and a distinctive bright white band on the outer part of the pectoral flippers. Adults tend to reach a length of between 7-9 metres and can live for up to 50 years. Sexual maturity is reached between the ages of 7-10 and pregnancy (gestation) typically lasts 10 months.

Minke whales have an almost worldwide distribution and the majority of UK sightings occur in Scotland.  They feed mainly in shallower water over the continental shelf and regularly appear around shelf banks and mounds or near fronts where zooplankton and fish are concentrated at the surface. They are also commonly seen in the strong currents around headlands and small islands, where they can come close to land, even entering estuaries, bays and inlets.

Scientific studies tell us that minke whales have a complex social structure, with some research suggesting that groups are often segregated by sex, age and reproductive condition. They are generally seen in small groups of between 1-3 individuals, except in rich foraging areas where as many as 15 individuals can be seen in the same location.

Minke whales have a varied diet, feeding on smaller fish: sandeels, herring, sprat, haddock, saithe, whiting and small cod, as well as krill and other animals of the plankton. They feed by engulfing prey in their huge open mouths, a feeding strategy known as ‘lunge feeding’. Longitudinal furrows on their throat allow their mouths to expand to engulf huge volumes of seawater. When they close their mouths, the seawater is squeezed out through hanging curtains of baleen, the minke’s own fishing net, while the fish are swallowed. Some minkes dive deep and chase fish towards the surface; this often attracts large flocks of seabirds which benefit from the feast, and are often a useful signpost that there are whales around.

Around Scotland, minke whales occur mainly in waters over the continental shelf (<200m depth) and can often be seen close to land.

Minke are most often spotted around Scotland between July and September, but they can be seen at any time between May and October, and a few may stay here year-round.

In the Moray Firth, minke whale are typically found offshore between May and June, after which they are known to move inshore to feed in areas of upwelling where sandeel and other fish are abundant. A large proportion of the whales using the Moray Firth to feed are juvenile.

The waters around the Hebrides also contain a seasonal abundance of minke whale. Photo identification studies over a number of years suggest that many whales return to the area. Mapping studies show that minke whale sightings are closely related to areas with likely sandeel habitat in June and areas thought to be important pre-spawning habitat for herring in August.

Minke whales are exposed to a range of threats driven by human activity in Scottish waters. As a highly mobile species feeding with rapid bursts of speed, minke whale are at risk of collision with boats, entanglement in creel ropes and accidental bycatch in fishing nets. Minke whales are also at risk of disturbance from underwater noise which overlaps with their hearing range. Persistent noise disturbance may interrupt key life-cycle activities such as feeding and breeding, causing them to avoid or even abandon certain areas. Little information exists as to how minke whales are able to recover from the impacts of such threats. The adoption of best practice and appropriate mitigation measures are therefore important when aiming to minimise the impact of these threats on minke whales in Scotland’s seas.

The minke whale, like all cetaceans, is protected as a European Protected Species (EPS). EPS legislation protects all species of cetacean from deliberate and reckless killing, injury and disturbance. Information on how to minimise the risk of activities which may kill, injure or disturb minke whales is set out in Marine Scotland’s guidance on The protection of marine European Protected Species from injury and disturbance.

The minke whale is also a Priority Marine Feature in Scotland’s seas and has recently been included within two of four additional Nature Conservation MPA proposals for designation to complete the Scottish MPA network.

The Scottish Marine Wildlife Watching Code provides the best guidance for wildlife watching operators, and will help us all enjoy and support the conservation of this wonderful baleen whale.

For more information on how key areas for minke whale in Scottish waters were identified see NatureScot’s commission Report No. 594 – Statistical approaches to aid the identification of Marine Protected Areas for minke whale, Risso’s dolphin, white-beaked dolphin and basking shark.

View our virtual dives of minke whales feeding on sandeels near the Small Isles. 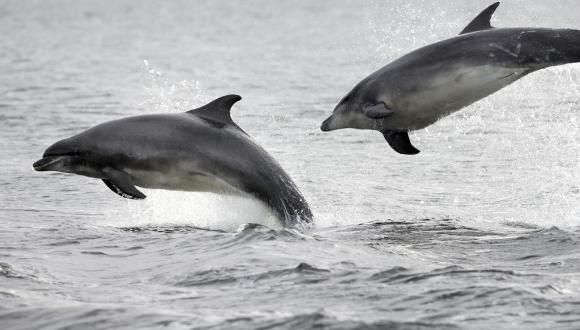 More than 20 cetacean species can be seen in Scottish waters seven of which are common close to our coasts. Find out about each of these regular visitors. 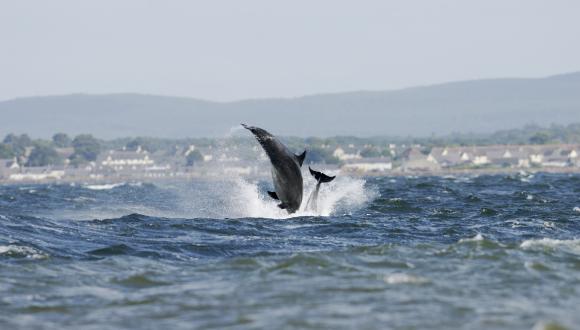 All cetacean species found in Scottish territorial waters are European protected species. See a summary of offences against cetaceans and the places they use.