Bottlenose dolphins are perhaps the best-known cetaceans found around Scotland. Reaching up to 4 metres in length when full grown, they are a large-bodied dolphin, generally a uniform shade of darker grey on the back, fading to paler grey underneath with a curved dorsal fin and a short beak.

Bottlenose dolphins are long-lived top marine predators, feeding on a wide range of fish, as well as squid and octopus. Individuals reach maturity from about 6 years old and may live for 40-50 years. Some bottlenose dolphins on the east coast of Scotland have been seen in the population for over 30 years. They are also social animals, usually occurring in groups and sometimes reported in mixed species groups, including with Risso’s dolphins on the west coast.

In Scotland the species occurs in both coastal and continental shelf waters where they form separate inshore and offshore populations. Inshore they are seen frequently on both the east and west coasts of Scotland, while they are spotted less often on the north coast and in the Northern Isles.

The east coast supports a well-studied resident population of around 224 bottlenose dolphins (read East of Scotland bottlenose dolphins: estimate of population size 2015-2019). This relatively small population has been monitored since 1990 using photo identification methods and the population is currently considered to be increasing in size (read our NatureScot Research Report 1021 - Site Condition Monitoring of bottlenose dolphins within the Moray Firth Special Area of Conservation 2014-2016). Important areas for this population include the Moray Firth, Tay Estuary and Firth of Forth, but in recent years its range has expanded further south along the Scottish coast and into northeast England. Some individuals have even been sighted off the south coast of England, as well as in Danish, Dutch and Irish coastal waters.

A smaller west coast population is also known, with bottlenose dolphins residing in two distinct groups (read our NatureScot Research Report 354 - Distribution, abundance and population structure of bottlenose dolphins in Scottish waters).  Photo identification by Hebridean Whale and Dolphin Trust suggests that 30-40 bottlenose dolphins range between Skye and Kintyre in the Inner Hebrides, with a further 12-15 animals known from waters around the Isle of Barra.

The bottlenose dolphin, like all cetaceans, is protected as a European Protected Species (EPS). EPS legislation protects all species of cetacean from deliberate and reckless killing, injury and disturbance. Information on how to minimise the risk of activities which may kill, injure or disturb bottlenose dolphin is set out in Marine Scotland’s guidance on The protection of marine European Protected Species from injury and disturbance.

The bottlenose dolphin is also a Priority Marine Feature in Scotland’s seas.

The Scottish Marine Wildlife Watching Code provides the best guidance for wildlife watching operators, and will help us all enjoy and support the conservation of this exciting dolphin.

Changes in the marine environment can impact bottlenose dolphins, and coastal populations may be particularly exposed to human activity. Pressures which bottlenose dolphins are sensitive to include exposure to organic pollutants, which can accumulate in tissues; death or injury from underwater noise or as a result of collision with vessels; as well as disturbance from recreational activities.

The UK Dolphin and Porpoise Conservation Strategy is being developed to help address both existing and new pressures in the marine environment and ensure effective conservation and management of small cetaceans.

You can also report your sightings of bottlenose dolphins and other species of cetacean through the Hebridean Whale and Dolphin Trust’s Whale Track app, or watch out for whales and dolphins around Scotland with the WDC Shorewatch Programme. 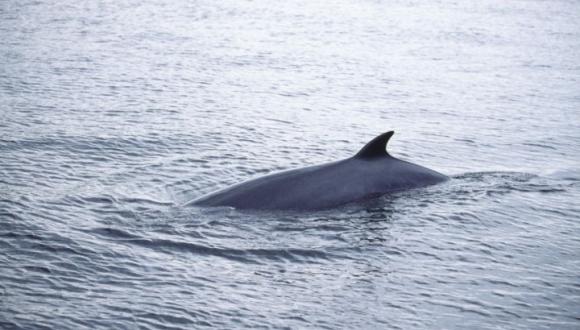 Dolphins, whales and porpoises and licensing

Licensing can permit survey or research activities that might disturb cetaceans or put them at risk of injury.