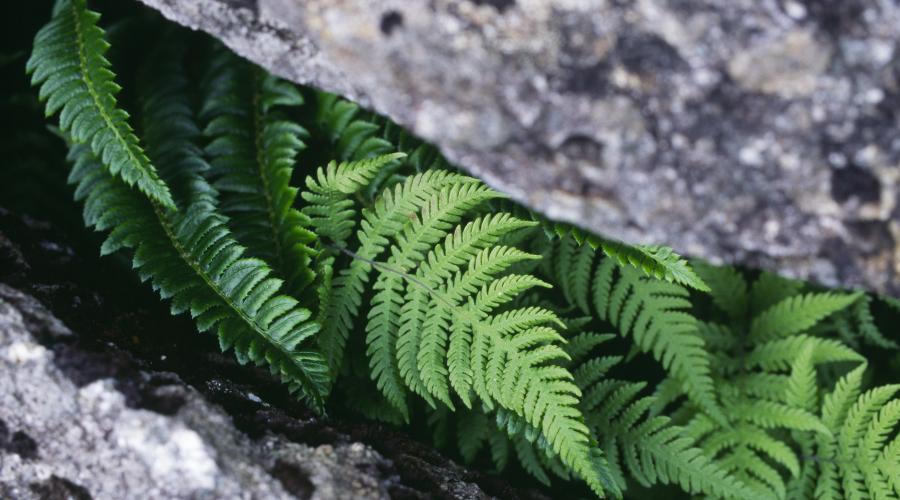 From large-fronded species to filmy ferns easily mistaken for mosses and liverworts, Scotland's ferns come in all shapes and sizes.

Much smaller species find homes in:

Filmy ferns are so small they’re often mistaken for the mosses and liverworts that they grow alongside in the west of Scotland’s very damp woods and hills.

Close relations to ferns found in Scotland include clubmosses and horsetails.

Ferns share many of the characteristics of flowering plants, though they lack actual flowers. Similarities include upright stems, which transport water in specialised tissues.

Their delicate and unusual leaves made ferns highly prized by Victorian gardeners. This fern craze led to populations of some native species being plundered to such levels that they’ve been rare and endangered ever since.

Some of our ferns are rare and in some cases declining.

Alpine Lady-fern is disappearing from some sites as the late snow lie that it relies on to protect it from frost no longer occurs in our changing climate.

Oblong woodsia suffered from over-collecting in Victorian times and now the tiny, isolated populations are vulnerable and dwindling. To help reverse this decline, new plants raised from Royal Botanic Garden Edinburgh collections have been successfully transplanted back into the wild.

How you can help ferns

Both the Botanical Society of Britain & Ireland and the British Pteridological Society have members with specialist fern knowledge. 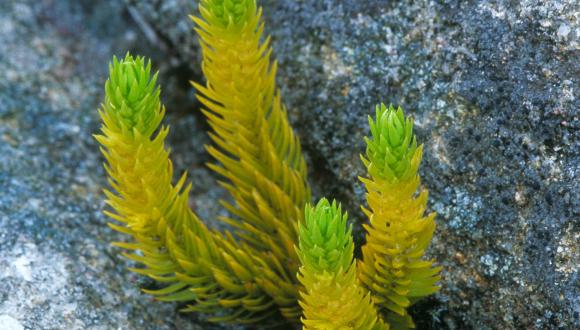 More closely related to ferns than mosses, clubmosses can be found in several habitats across Scotland.