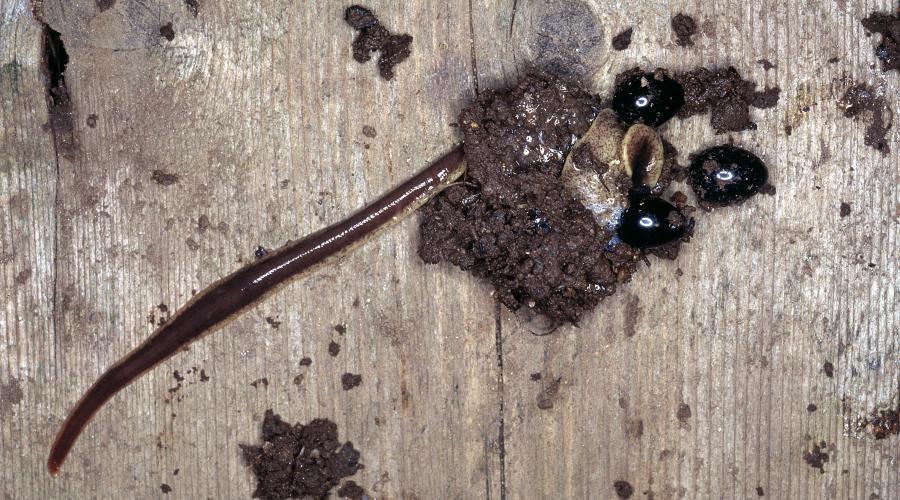 Some worms keep soils healthy, others attack garden plants – and one, the medicinal leech, has been used in surgery.

‘Worm’ is used to describe any invertebrate that has evolved a long, slender body shape. But the term covers a range of different groups, which you can tell apart by how they move.

There are more than 3,000 species of earthworm in the world, most of which burrow in tunnels in soil. This allows air to penetrate the soil, helping to maintain its fertility, and thus earthworms perform a vital service to us.

Charles Darwin found that earthworms could bury the equivalent of the area of a football pitch in 15 tonnes of soil a year from the casts they leave on the surface.

Flatworms are simple animals, often found in damp places. They are mostly scavengers or predators. Freshwater flatworms live in many aquatic habitats, from running water to ponds and lakes.

The New Zealand flatworm is an invasive non-native species which occurs predominantly in gardens, where it feeds exclusively on earthworms. This is a concern, as earthworms are also prey for many other animals such as badgers, buzzards and blackbirds in gardens.

Roundworms are found mostly in ponds, but many are soil dwellers. Such species play an important role in breaking down organic matter at the bottom of ponds and in soil. Other species live as parasites in host organisms.