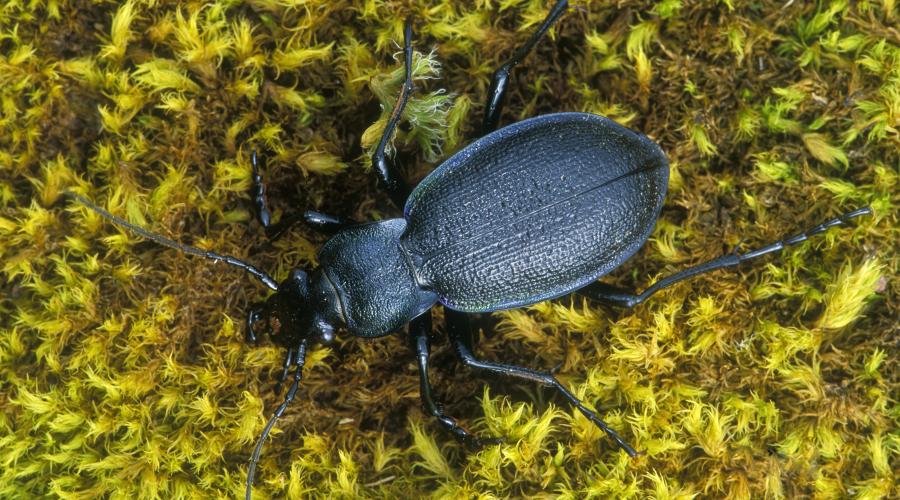 Beetles are the largest group of insects, with about 400,000 known species around the world.

Beetles belong to the order Coleoptera, meaning ‘sheath winged’, which refers to their hardened forewings. Beetles range in size from 0.25mm to more than 17cm in length, and occur in almost every habitat.

One in four of all known animal species worldwide is a beetle. About 4,000 beetle species are found in the British Isles, of which about 2,600 occur in Scotland.

Most of Scotland remains poorly surveyed, however, and knowledge of our beetle fauna as a whole is patchy and incomplete.

Beetles fulfil a range of roles in a healthy ecosystem, for example:

Beetles that can do damage in Scotland include:

Simplification of our arable ecosystems has reduced the number of useful beetle predators in our fields. Today, strips of grass may be deliberately left undisturbed in fields as beetle banks, in a bid to remedy this.

Some species in Scotland are of special conservation concern.

Find out how to submit records of harlequin ladybird sightings on the UK Beetle recording website.

Explore insects in your area on the NBN Atlas Scotland website: