Shelf deeps are large areas of seabed which are notably deeper than surrounding areas. These deep areas were mostly created by the action of ice thousands of years ago when the sea level was much lower than it is today.

Similar to mountains on land, shelf deeps vary in shape and are made up of valleys, canyons and troughs. In the bottom of these deep areas water currents are slow meaning that muddy sediments can build up over time. These muddy sediments, widely known as burrowed mud, are the perfect environment for a variety of species, including include burrowing sea anemones, sea cucumbers, starfish and seapens. Where harder seabed is available, soft corals, sponges and feather stars are also common. Alongside these diverse benthic communities, studies have shown a link between shelf deeps and areas where whales, dolphins and even seabirds prefer to feed, highlighting the feature's importance on a larger-scale.

Activities such as oil and gas, bottom-contact fishing and cable and pipeline construction can disrupt the specific environmental conditions created by shelf deeps. This can have knock-on effects for the seabed communities supported by the feature as well as animals further up the marine food chain.

Marine Protected Areas can offer protection to the marine species and communities that live within or above shelf deeps as well as the larger functions they have in Scotland's seas e.g. for supporting biodiversity and for carbon storage and climate regulation. 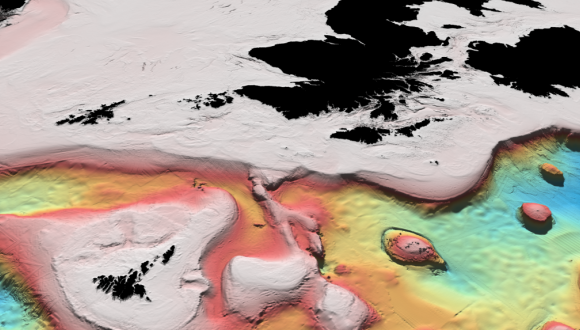 Summary description: A large-scale feature is a physical, geographically distinct constituent of the marine environment that supports and/or connects with other constituents of Scotland’s seas.