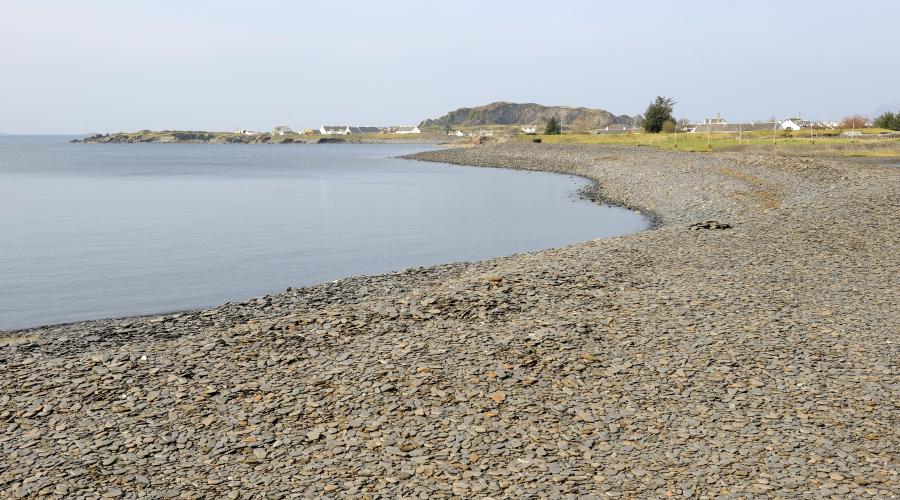 On more sheltered coasts, shingle may be stable enough, at least over the summer months, to provide a viable habitat.

Coastal shingle, formed of deposits of rounded pebbles, lines many of the UK’s shores.

Churning by wave action causes the pebbles to rub against each other, making active shingle a most inhospitable environment for plants and animals.

Even on sheltered coasts, deep shingle may have so little soil – or other material to provide nutrients and retain moisture – that large areas may appear devoid of life.

Plants will grow among shingle on sheltered coasts only where:

Undisturbed shingle can support a very rich range of lichens.

Much of Scotland’s shingle is so mobile that vegetation is absent, limited to a summer strandline, or on raised shorelines beyond true maritime effects. These ‘fossil’ features may extend far inland, and support grassland or even woodland.

Some local shingle-filled depressions may be too deep and devoid of smaller material to provide a growing medium for plants. Where these alternate with vegetated ridges, the effect can be spectacular, as at Spey Bay in the Moray Firth.

Extraction of aggregates from shingle can alter or destroy shingle structures. Driving vehicles and formation of vehicle tracks on shingle can cause disruption of the surface, break up the shingle vegetation and result in loss of plants growing on the shingle.

Nearby trees, often from plantations, deposit litter (fallen dead plant material) on shingle. This provides a moisture-holding growth medium that allows new trees to grow. More litter is then produced and the cycle continues.

NatureScot has been working with Forestry and Land Scotland to try to manage this process on some of its land holdings, notably at Spey Bay.