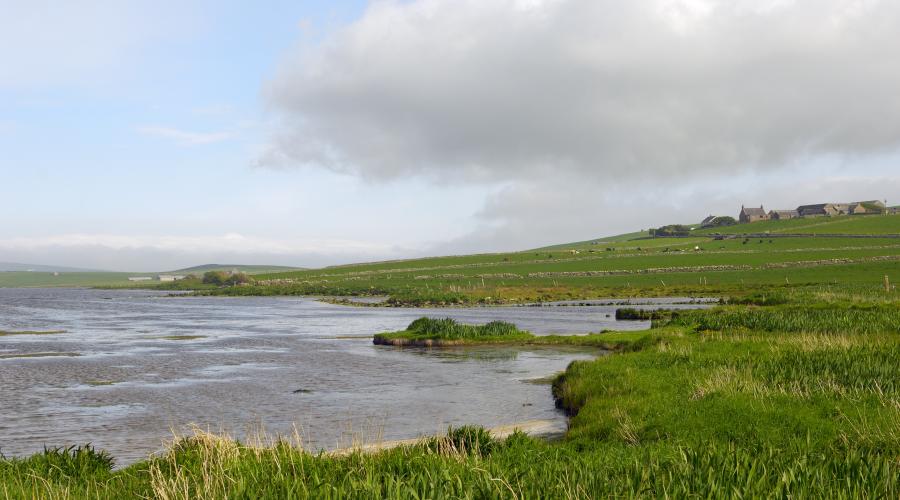 Most saline lagoons in Orkney and Shetland are separated from the sea by shingle impoundments. Most of those in the Western Isles are in rock basins connected to the sea by a channel.

What are saline lagoons?

Saline lagoons are defined as “Areas of shallow coastal water, wholly or partially separated from the sea by sand banks, shingle or, less frequently, rocks”. In practice, this is insufficient to separate some estuaries from lagoons, and an additional criterion of “Sea exchange sufficiently restricted to impede exchange and/or impact functionality” has been suggested (Abstract from Scottish saline lagoons: Impacts and challenges of climate change - Angus 2016).

The water tends to be ‘brackish’, with a salinity between freshwater and sea water. In calm conditions, and especially over the summer, the water can be stratified, with a sharp boundary between low-salinity brackish water at a depth of around 1m, and the more saline water below. Unlike open coasts, the lowest tides are experienced at neaps, not springs.

The Loch of Stenness in Orkney is the UK’s largest saline lagoon, with an area of 786 hectares. Second largest is Loch Bi (Loch Bee) in South Uist, which has an area of 703.5 hectares.

Animals and plants that live in saline lagoons tend to be able to cope with changes in salinity and temperature, and this ability lets them outcompete their marine counterparts.

Some species are also found in estuaries, but a small number of ‘lagoon specialists’ rarely occur outside of lagoons. Specialist lagoon molluscs and crustaceans tend to very closely resemble related marine species.

Because they are so close to the sea, lagoons are particularly sensitive to relative sea level rise. When the water is stratified, the denser sea water that flows in at high tide contributes to the bottom layer, while the top layer of less saline water flows out at high tide.

The lagoon can get progressively saltier until it is recharged by rainfall or river inflow of freshwater, but overall, the salinity will increase as sea level rises, as progressively more sea water will enter.

The danger to lagoon organisms is not so much from the salt water itself, which they can tolerate to a certain extent, but from closely related marine species that can outcompete them. The situation is being kept under review.

Possible options for vulnerable sites are:

This last option requires a high level of information about both the threatened site and potential destination sites for the translocated organisms. 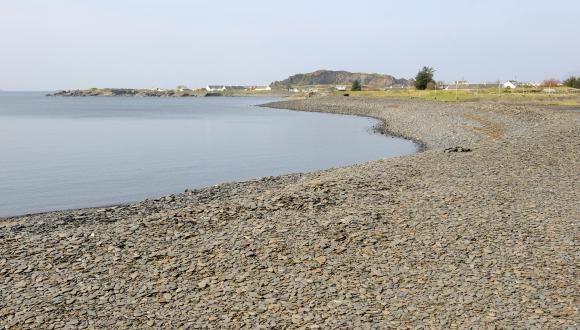 Plants will grow among shingle on sheltered coasts only if sand or other fine material is also present together with seaweed or other organic matter for nutrients.