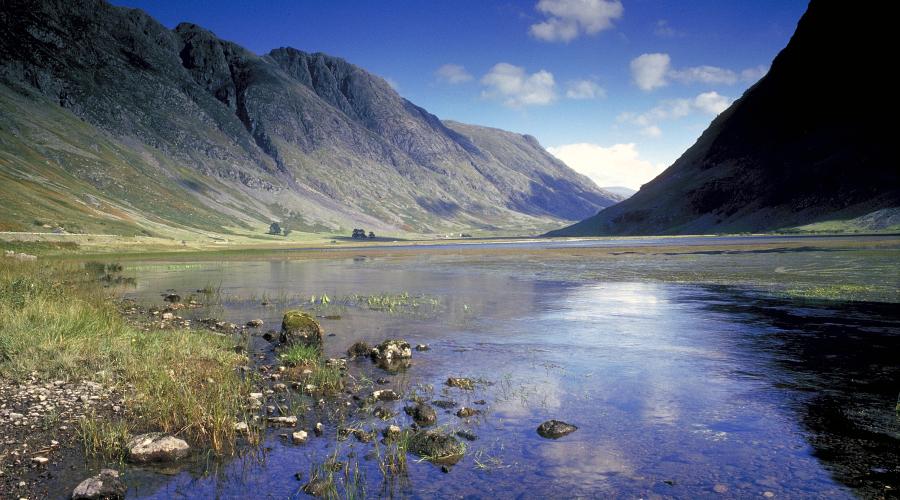 Under the right conditions, glaciers can be very effective agents of erosion – abrading, crushing and quarrying the underlying bedrock.

In the uplands, powerful ice streams carved deep glacial troughs from existing valleys, as at Glen Clova and Glen Docherty. Sometimes they formed deep rock basins on the valley floors, as at Loch Ness and Loch Monar.

In some areas, glaciers had ‘selective’ effects. For example, they deepened pre-existing glens but did little to alter adjacent plateau surfaces, as in the Cairngorms.

In other places, the glaciers extensively scraped, scoured and roughened the bedrock, often up to the summits. Landscapes formed by this ‘areal scouring’ can be seen in the Western Isles, Sutherland and Ardgour.

In the lowlands of eastern Scotland, the glaciers moulded and streamlined the landscape, producing crag-and-tail landforms such as Edinburgh’s Castle Rock and Royal Mile.

The glaciers had the most impact here. More than 90% of rock basins and 90% of corries in the West and North West Highlands are in westerly flowing river catchments. In these catchments, snowfall was greater, the ice thicker and the glaciers steeper and faster flowing – and hence better at erosion.

Unchanged in the north-east

Elsewhere, especially in north-east Scotland, the glaciers had a relatively benign effect on the landscape.

Many of the features of the pre-glacial period remain little modified, especially: 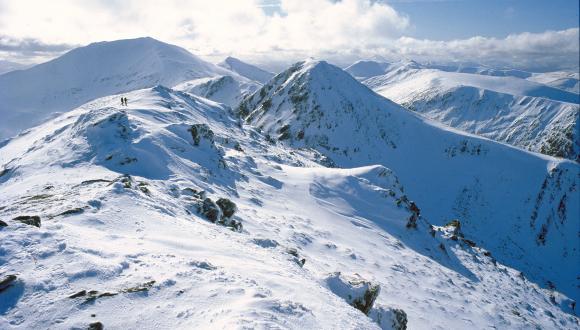 Our Ice Age continues today, though the last glacial period peaked about 22,000 years ago. Today we’re in a warmer, interglacial phase – without the ice sheets. 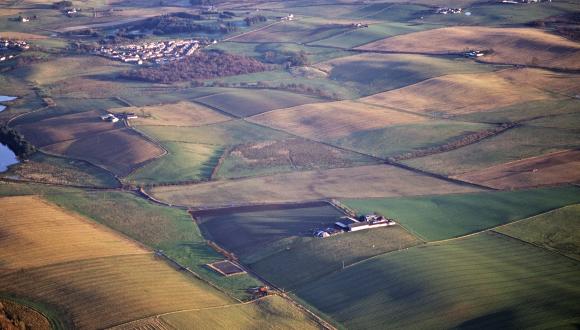 Glaciers moved rocks and rock debris across Scotland. This rocky evidence can tell us how far the ice travelled and in which direction.