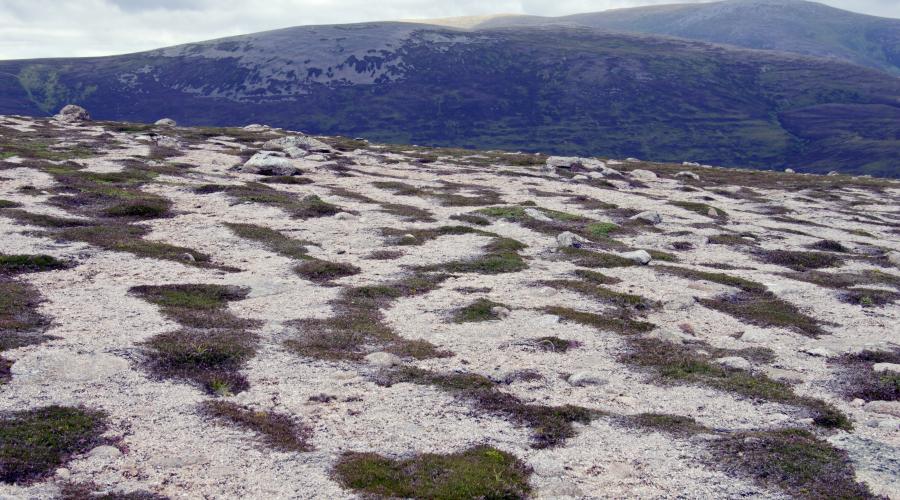 Beyond the limits of the ice, the constant freezing and thawing of water created many incredible landforms still visible today.

These forms derive from ‘periglacial’ activity beyond the ice margins. Periglacial features continue to be formed in arctic and alpine areas today.

On many plateaux, you can see hummocky ground where seasonal freezing and thawing has caused the soil surface to bulge in a regular formation.

There is evidence on these plateaux of the wind having blown sand and gravel, just as it does in coastal sand dunes.

‘Blockfields’ of large blocks of stone are common on many of Scotland’s mountain tops and plateaux. These formed as frost and ground-ice shattered the bedrock.

Larger boulder lobes in Scotland were last active during the Loch Lomond Readvance (12,900 to 11,500 years ago). But some smaller features have moved in the last few thousands of years – and some continue to move.

On mountainsides, there’s often a distinct lower limit to periglacial landforms formed during glaciation. This ‘trimline’ marks the upper level of erosion caused by the advance of ice down a valley, trimming off the periglacial forms that were still active above the level of the ice.

Ice-wedge casts may be found in the gravel terraces of river valleys, where the permanently frozen ground contracted and cracked. Material from the surrounding area then filled the cracks.

At a few sites, you can see where repeated freezing and thawing rumpled up the soil layers into folds.

Such features are smaller than the landforms formed at the end of the last glaciation. 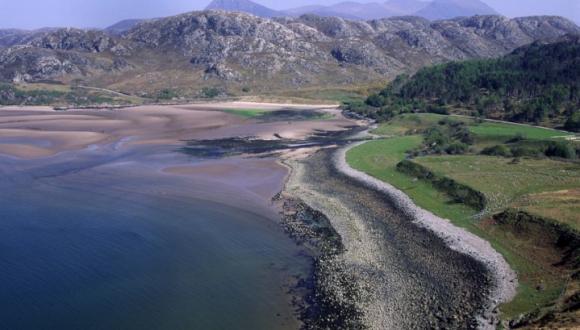 Changes in sea level and river flow, rock fall events and plant colonisation continued to shape our landscapes after the glaciers had melted.