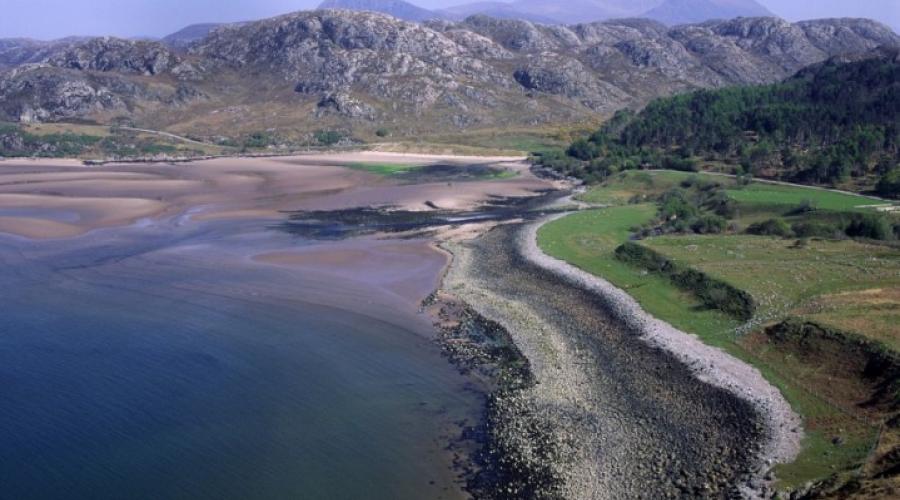 Scotland’s landscapes continued to take shape after the glaciers had melted, with changes in sea level having the biggest impact.

One of the most dramatic effects after the ice was the changing position of the coastline in response to changes in relative sea level.

Find out about Scotland’s sea-level history.

The glaciers left behind many unstable rock slopes. Screes built up, blanketing steep slopes below cliffs. Where screes have buried their crags, rock falls have ceased and vegetation has taken over.

Some big crags collapsed in massive rock fall events, leaving large jumbles of boulders on valley floors, as at Glencoe’s Lost Valley. In some cases, whole hillsides moved downslope, such as along Skye’s Trotternish Peninsula.

Rivers have reworked glacial and meltwater deposits. In river valleys, series of terraces formed as the rivers adjusted to fluctuating, but usually lower, volumes of water and transported sediment.

Abandoned channels are often seen on these terraces. Alluvial fans may have been deposited from side valleys onto the terrace surfaces, as in Glen Feshie.

We know from pollen records that after the ice melted vegetation began to develop on the bare mineral soils from about 14,000 years ago.

Plant colonisation and soil development were affected by the varying nature of surface material and by the changing climate. Both slowed down during the cold interval when the Loch Lomond Readvance occurred (12,900 to 11,500 years ago).

Crowberry, birch and willow were early colonisers. Ash and hazel often came after and later oak, elm and pine.

In wetter periods, peat expanded in many parts of the Highlands – especially in the blanket bogs of Caithness and Sutherland – and in central Scotland’s lowland raised bogs. At the same time, vast heathlands developed.

Deposits in caves in Assynt have preserved important clues about the animals that lived in Scotland during and after the ice. Bones of animals no longer found in Britain have been unearthed here.

Bones found at Assynt include those of the: 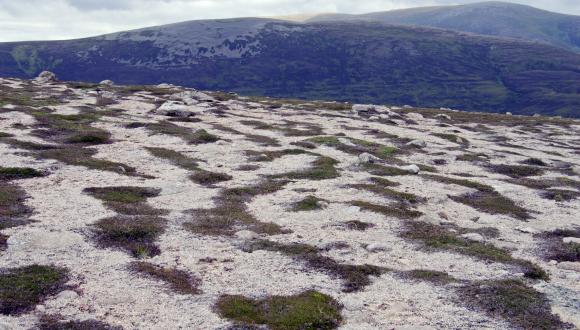 Many of the amazing landforms that we see today were formed by the constant freezing and thawing of water beyond the limits of Scotland’s glaciers.