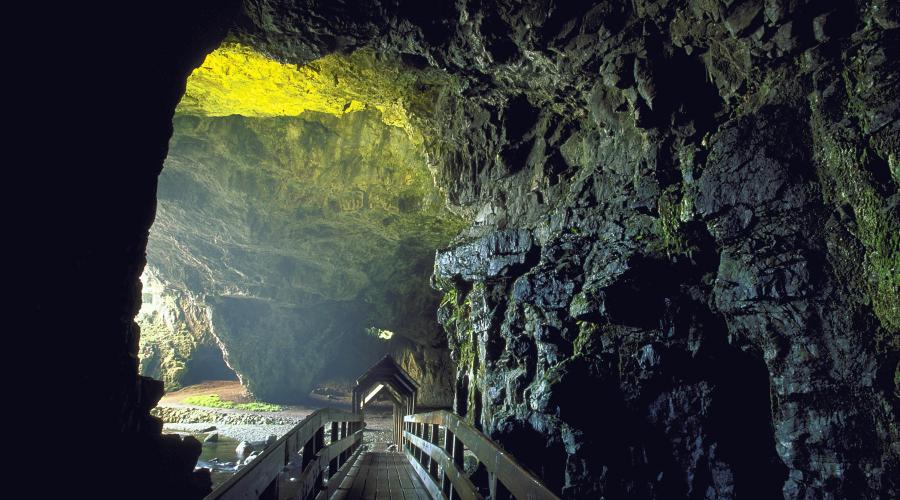 Scotland has caves eroded by wave action and caves – and karst – formed by the dissolution of carbonate rock.

Caves may be cut into any type of rock as wave action exploits local weaknesses, like fractures or faults. Such sea caves are found along ancient raised shorelines and were cut largely by waves when they lay at sea level. In many cases, this likely took place during and just after the ice melt of the last glaciation.

Caves can form when relatively acidic stream waters dissolve rocks that contain carbonate. Such rocks include:

Many cave passages in Scotland pre-date the last glaciation, which peaked around 22,000 years ago.

Some of our most impressive caves are formed in the Durness dolomite in Assynt. These include:

The Durness dolomite also extends both north and south of Assynt, from Smoo Cave to small caves near Loch Slapin on Skye and others around Kishorn. Glen Creran also has caves and limestone pavements.

No caves have been recorded in the Midland Valley’s limestones.

Karst is a distinctive landscape created by the erosion and dissolution of rocks containing carbonate, where the topography and landforms result from efficient underground drainage.

Typical features of karst include:

Karst features are usually found in limestone and, to a lesser extent, dolomite. Both types of rock are sufficiently soluble in natural surface waters to form karst.

Karst is a very minor element of Scotland’s landscape. Only in the Traligill valley in Assynt do solution features (in Durness dolomite) occur on a scale where they create distinctive landforms.

Arran and the Clyde Islands: A Landscape Fashioned by Geology 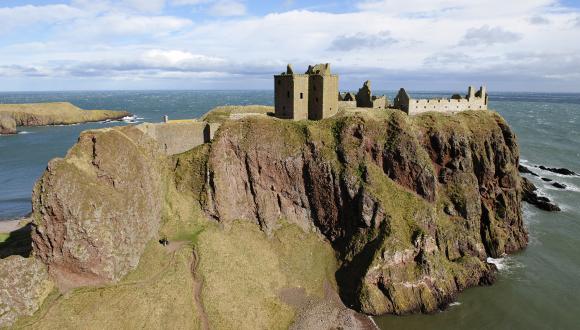 Why our landscapes are important

Scotland’s landscapes bring us all sorts of benefits – from a sense of permanence and continuity to places for relaxation and recreation.