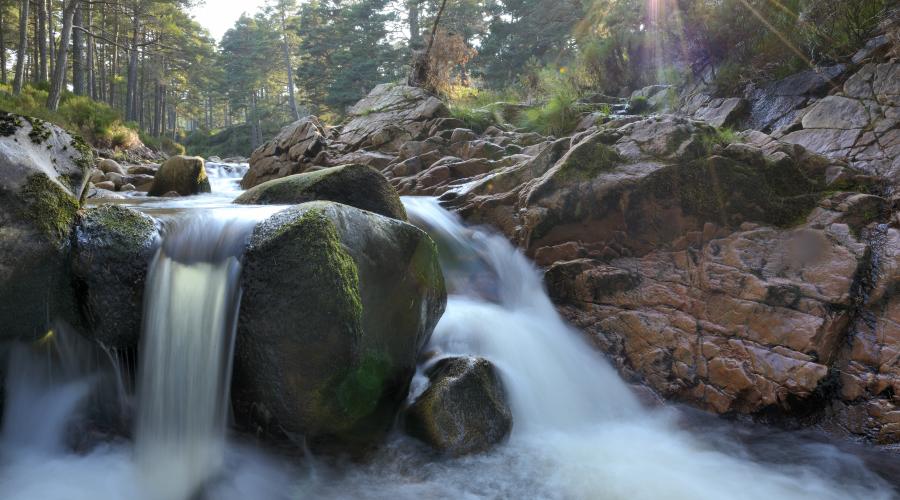 Such a variety of river types provides Scotland with a great diversity of river habitats and landscapes. Below is a selection of our most typical river types.

These steep boulder bed burns can move very large rocks in their beds during flash floods. Many torrents rework the old glacial sediments that plaster Scottish mountainsides, but some erode gullies in vulnerable bedrock.

Rivers form these small areas of flatter ground where they deposit flood-borne sediment. In many Highland glens, these basins have bedrock-controlled river channels both upstream and downstream of them.

Mountain torrents, especially in steep gullies, deposit these small steep fans of sediment where they meet the valley floor. The steeper the gully, the more likely it is that the burn will carry slurries of rock and water (debris flows).

Rivers in glens and straths

Upland Scotland has a great many wide gravel bed rivers. Some have more than one actively migrating channel, and their many reaches can form gravel islands. Such rivers are most common where there are large amounts of glacially derived sands and gravel deposits to rework – these are often stored in wide straths or valleys as high river terraces.

Scotland has some amazing braided rivers, which have multiple threads of channels that divide and rejoin to form an almost fishnet-style network. Channels may form and be abandoned during floods. If there’s a long time between big floods, the river may gradually rework its gravels and adopt a more meandering path.

A delta often forms where a river enters a loch, as the river flow slows and sediment is dropped into the loch water. The delta’s shape depends on how much sediment the river or burn carries and how ‘flashy’ its river flow regime.

Alluvial fans often occur where a side valley river meets a main valley and river. They’re formed as the tributary river switches its channel path every so often over a very long period. Once sediment deposition causes the channel path to become raised above the surrounding land, the river is more likely to switch direction and flow through adjacent lower-lying land.

These are typically single-channel, sand-bedded rivers that flow over wide, flat floodplains. The channel evolves and migrates across the floodplain in response to the flow path of the channel current (thalweg). As the outside bank of a river bend (above a deep pool) is undercut, sediment is carried downstream, where it may be deposited in a lateral bar or riffle.

Rock gorges and waterfalls may form where the river has been able to cut through hard rock sections.

Rivers flowing into the sea

These mud, silt and sand bed rivers move sediment out to the sea through both river flow and tidal current processes. The stages of the tide determine the direction and strength of water flow, and the ability of the water to move and deposit sediment.

Estuaries and firths can flood due to tidal and storm surges (determined by tidal stage, wind direction and strength) and inland flooding. The biggest floods occur when these factors coincide. 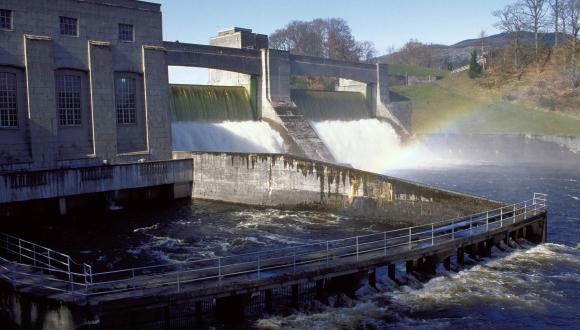 Scotlands rivers have been dammed, reinforced, embanked and managed for centuries. But there's a push to restore engineered systems to their natural state.