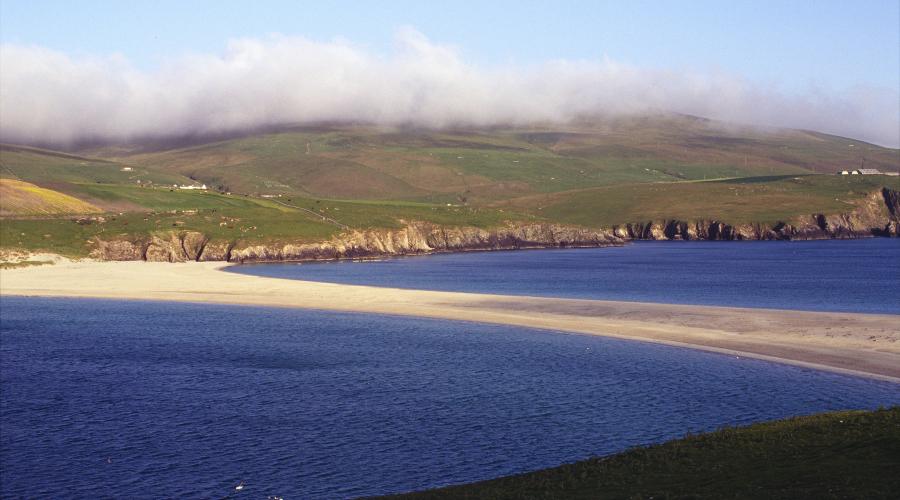 Northern Isles and Northern Highlands: what to see

Take your pick of our northernmost natural heritage, from red deer to rare plants and Bone Caves to blanket bog.

Visit a land of ancient rocks that tell stories of crashing continents and Scotland’s past. Some of the rock formations in the Northern Isles and Northern Highlands are more than 3,000 million years old – and include some of Britain’s oldest surface rocks.

Unlock the secrets of the Moine Thrust in Knockan Crag NNR. Geologists from all over the world have studied this geological feature for centuries. It reveals immense disturbance to the Earth’s crust some 400 million years ago.

Also well worth a visit are the Bone Caves, near Inchnadamph. These limestone caves are named after the animal bones found within – from lynx, Arctic fox, reindeer and polar bear, and 5,000-year-old human skeletons.

Arctic and alpine plant species thrive in our northernmost reaches. Plants usually found on high hills occur almost down to sea level here, thanks to the suitable bedrock and dramatic weather.

Our coastline also supports the oyster plant and other rare northern species. Spring squill and the Scottish primrose – a plant found only in this area – dot the coastal heath that has developed above some sea cliffs.

Widespread peatlands influence much of the plant life inland. The Flow Country in Sutherland and Caithness is widely recognised as the largest blanket bog in Europe and the best peatland of its type in the world.

Among the most interesting bog plant species are:

Birchwoods and heaths with heather, blaeberry and chickweed wintergreen are widespread in the hills and glens of the mainland. You might even spot the tiny lesser twayblade orchid.

Small patches of native birch woodland also exist in sheltered places in Orkney, especially at Berriedale on the island of Hoy.

Whatever the season, outstanding birdlife encounters are likely. Highland species resident in the area include:

Large populations of migratory species also visit each year, either during the breeding season or to overwinter.

From April to July, greenshank, golden plover, dunlin and many other wading birds raise their broods on the teeming insect life of the blanket bogs. The shallow pools and larger lochs also provide nesting areas for wildfowl such as common scoter, wigeon, red-throated diver and black-throated diver.

Some of Britain’s most superb seabird colonies occur on the area’s mighty sea cliffs – especially in Shetland, Orkney, west Sutherland and east Caithness. Huge numbers of guillemot and kittiwake crowd the cliff ledges.

From autumn, many thousands of migratory wildfowl and waders arrive to overwinter on mudflats in sheltered lochs and bays and offshore. Loch Fleet National Nature Reserve has the best vantage points for watching wildfowl and waders, including a bird hide overlooking Balblair Bay.

Orkney is Britain’s most important area for wintering geese.

Red deer roam most parts of the Highlands, spending most of the summer in hills and remote glens and moving to lower ground in autumn and winter. Roe deer are most often found in woodland. Orkney and Shetland have no deer.

Pine martens and red squirrels, present in small numbers, also favour woodland habitat. The Scottish wildcat is seldom seen, other than in a car’s headlights. Otters are often spotted during the day, usually not far from water.

Atlantic salmon, brown trout, eels and sticklebacks are abundant in burns. Frogs, toads and palmate newts are also widespread and are most easy to spot during spawning time in early spring.

The adder is the only snake found in the area. Other reptiles that live here include the common lizard and the slow worm, a legless lizard. 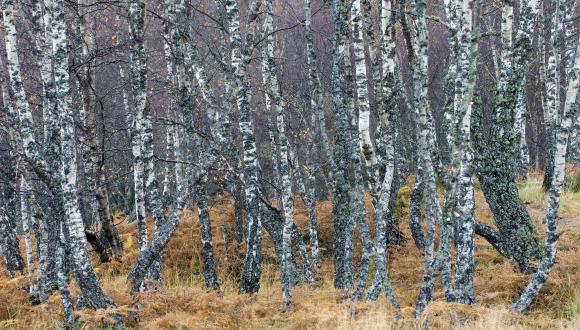 On all but the most acidic sites, birch improves the soil to allow a grass-herb flora to develop in place of dwarf shrub heath.