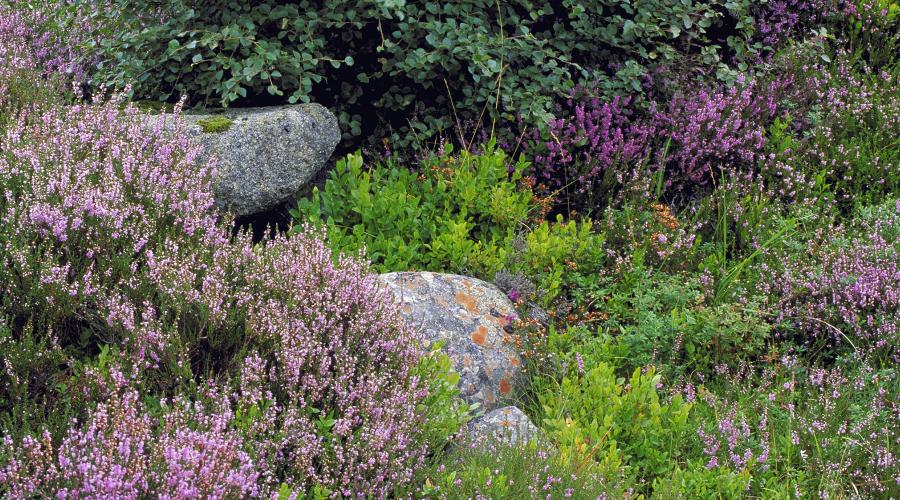 Many mountain and heath plants have retreated to the Arctic or to high mountain ranges in Scandinavia or the Alps. But some still live precariously on the crags and cliffs or summit ground of our Scottish peaks.

Grazing animals on our hills have removed some of the more palatable species from accessible ground. But on the best cliffs, you can still find natural hanging gardens of rare and beautiful plants.

Heathland on the slopes

Constant grazing of seedlings has caused woodland to disappear from many of our lower slopes. But, in its place, heathland species have flourished – most famously, heather or ling (Calluna vulgaris). Slopes are now bathed in purple when the heather flowers in August.

Muirburn is used to increase the number of red grouse for shooting and, in combination with grazing pressure, prevents trees from becoming established.

Heaths of the high tops

The tops of the tallest hills are unsuited to woodland. Habitats found at summits are among the least modified in Scotland.

Look out for the:

For such plants, the appearance of grasses from milder zones is the greatest threat from our changing climate.

Many mountain plants only live in such places because they can tolerate cold or extreme exposure.

Some are relatively frost-sensitive and can only survive where snow builds up in winter to insulate them from the hardest frosts. Climate change is likely to reduce our snow cover, putting these plants at risk from winter frosts in future.

Plants at risk include the blue heath (Phyllodoce caerulea), found in Scotland only in the mid-season snow beds at Drumochter and on Ben Alder. Snow here used to melt as late as early June.

Blanket bog covers the gentler slopes of many hills and mountains. Only a small number of flowering plants do well in the constantly waterlogged conditions, cut off from soils, rocks and other nutrient sources by peat layers.

Plants found in blanket bog include:

Few woody species or trees can tolerate the permanently wet conditions, but the tiny dwarf birch grows on blanket peat where burning doesn’t take place and grazing levels are low. 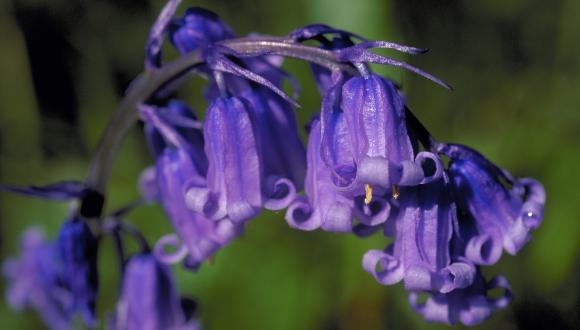 Plants make almost every square metre of land in Scotland green in summer. Most have flowers that add yet more colour. 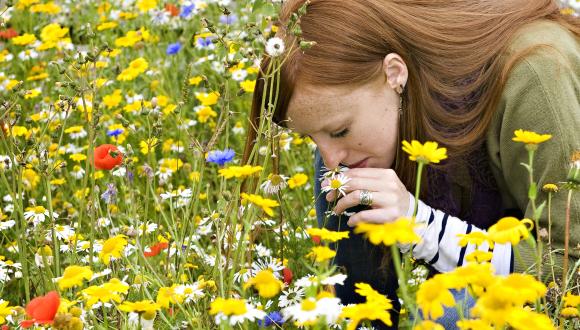 Patches of ravine woodland, grassland, scree and cliff among our cities and towns are havens for flowering plants not found elsewhere in urban areas.