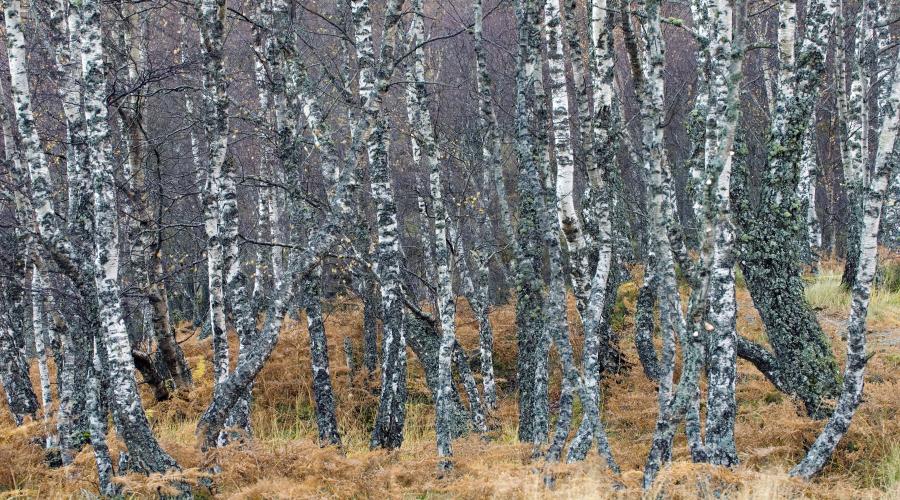 Birchwood is our most widespread and extensive type of woodland, growing in large swathes on more acid, infertile upland soils.

Upland birchwoods are included on the Scottish Biodiversity List.

Juniper sometimes forms an understory in birchwoods of the eastern Highlands. Aspen occurs within upland birchwoods where mineral soil is present, often as small groups and rarely as large stands.

On all but the most acidic sites, birch ‘improves’ the soil to allow a grass-herb flora to develop on sites previously dominated by dwarf shrub heath.

Very few plant species only live in birchwoods. But birchwoods do favour the growth of grasses and herbs that are less common outside woods. They also support a very rich range of mosses and liverworts (bryophytes), including many rarities in western woods.

Some northern plants like chickweed wintergreen and globeflower (in ungrazed woods) are strongly associated with Highland birchwoods.

You can visit some great examples of this woodland type on National Nature Reserves (NNRs).

Read about the birchwoods on: