Arguably Scotland’s most beautiful mammal, the pine marten is now expanding from its Highland stronghold.

The pine marten (Martes martes) is a cat-sized member of the weasel family. Dark brown fur covers its long body (65 to 70cm) except for a large, creamy-white patch at the throat.

Pine martens prefer native woodlands but can also live in conifer plantations and on rocky hillsides. They make breeding nests among rocks, in hollow trees, or in bird or squirrel nests. Up to five young are born in April. Pine martens also have a few ‘dens’ (temporary resting places) in their territory.

Once found across Britain, the pine marten was prone to persecution until relatively recently. Though it has recovered a little from a dramatic decline, the species is still rare. Scotland’s population is estimated at 3,700 adult pine martens. The species was given full legal protection in 1988.

Pine martens are once again established across much of Scotland north of the central belt, with outlying populations in parts of the Scottish Borders and Dumfries and Galloway. Galloway has a small, self-sustaining reintroduced population.

Pine martens aren’t confined to woodland, but each animal requires from 86 to 166 hectares of woodland within its territory. Animals may avoid open ground to reduce the risk of predation.

Decline of the pine marten

Pine marten numbers crashed in the 19th century, chiefly because of deliberate persecution by gamekeepers on sporting estates. From the late 20th century, the species expanded south and eastwards from core areas in the North West Highlands.

Given the massive historic reduction in the range of the species, there’s still great potential for the marten to recolonise areas it formerly occupied. So further expansion is likely, unless pine martens are persecuted illegally.

Protection and management of pine martens

Pine martens can cause problems if they create a den inside a house (usually the roof-space). It’s usually an offence to disturb pine martens in dens or block access to den sites, but this doesn’t apply to dwelling houses. Special breeding boxes can be erected on nearby trees to provide an alternative.

Pine martens may also get into chicken coops or pheasant release pens. NatureScot may license the control of pine martens where they’re causing serious damage to livestock.

Find out about the pine marten as a protected species.

Learn about pine martens and licensing.

Learn more about the pine marten on the Mammal Society website 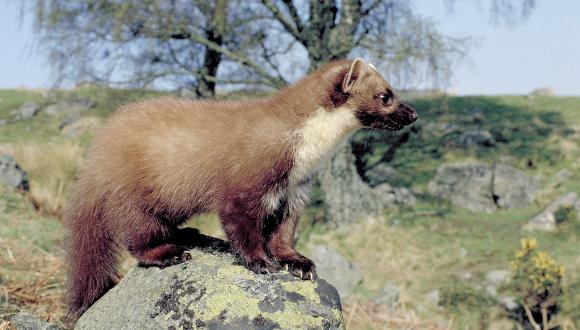 Pine martens are protected even from disturbance in their dens, though this may differ in certain cases involving dwelling houses. See a summary of offences against this protected species. 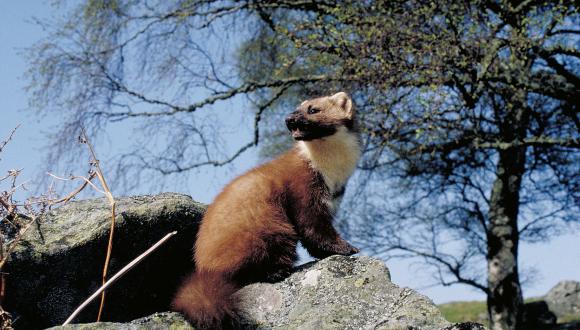 Homeowners can discourage pine martens from using a house without a licence. But surveys, predator control and other activities may call for one.