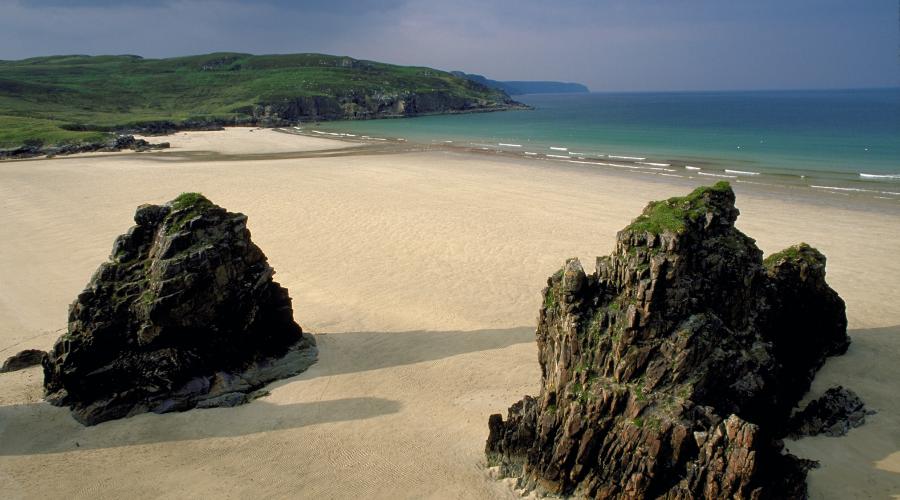 St Kilda is home to the UK’s tallest cliffs, which stand 430m tall. But all four corners of Scotland have hard-rock cliffs – many of which are easier to visit.

Some of our most impressive examples are at:

Our geological and glacial inheritance means that Scotland has very few examples of soft-rock cliffs. Where they do exist, soft-rock cliffs tend to be readily erodible glacial deposits. Some examples can be found on the Pennan coast (east of Fraserburgh) and at Nigg Bay, south of Aberdeen.

Scotland has some impressive gravel beaches. Our best examples are:

Spey Bay is one of the UK’s most important gravel beaches. Extensive gravel beaches began to form here 6,500 years ago and today a remarkable ‘staircase’ of emerged ridges extends inland from the present beach. Coastal processes continue at Spey Bay, as the river delivers 6,400 cubic metres of sand and gravel onto the beach annually. This is washed westwards towards Lossiemouth at the rate of 30m per year.

Learn about our coastal shingle habitat.

Spits are some of our most dynamic coastal landforms, formed by longshore drift that carries sediment along the beach. Culbin’s sand bar is extending west at a rate of 15m per year, while the spit at Whiteness Head extends 30m per year.

Scotland has a wealth of beaches and our sand dunes represent 71% of Great Britain’s coastal sand resource. Some of our largest beaches are on the Aberdeenshire and Moray coasts and in the Western Isles. But wherever you are in Scotland, you’re rarely very far from a beach.

Many of our present beaches and dunes formed in the last 4,000 years or so. They’ve been shaped by waves, currents, wind and, increasingly, human activity. Dynamic in nature, beaches and dunes change their shape and form every so often.

Find out more about our sand dune habitat.

Machair is a coastal habitat unique to the north-west of Scotland and Ireland, which comprises sand with a high shell content.

Learn more about our machair habitat.

Saltmarsh may be found in upper intertidal areas of our enclosed shores. Scottish saltmarshes make up 15% of the total British resource.

Discover more about our saltmarsh habitat. 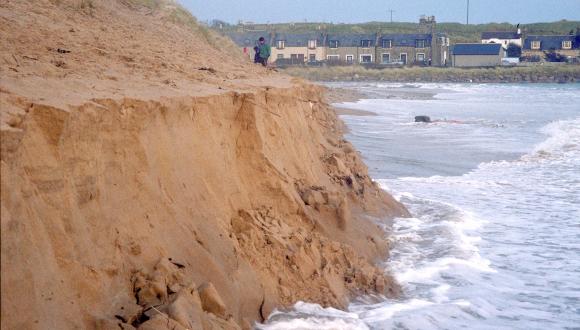 Impacts on the coast