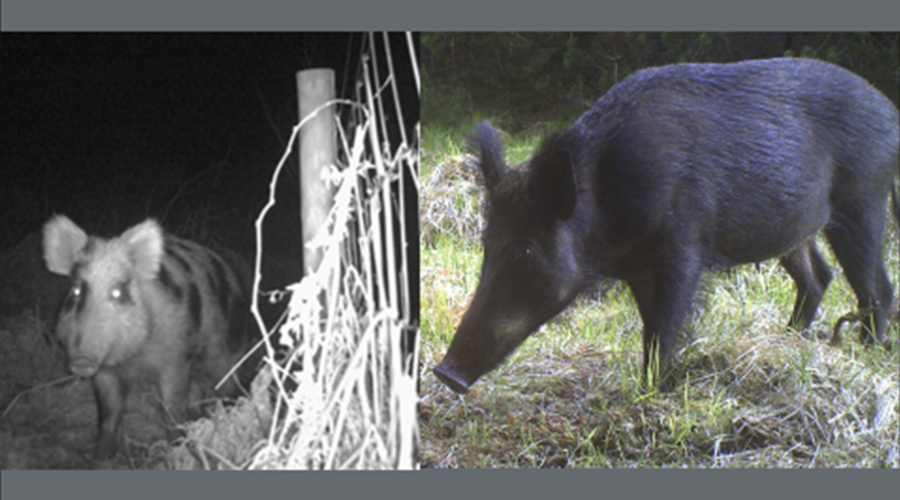 The Scottish Government has asked NatureScot to provide advice to help it develop a policy for feral pigs in Scotland.

Wild boar can interbreed with domestic pigs and we believe many illegally released pigs in Scotland are hybrids between wild boar and domestic pigs or breeds of hairy pig.  We refer to all free-ranging pigs living in the wild in Scotland as ‘feral pigs’.

The release of any pig into the wild in Scotland is illegal.

What is the legal status of feral pigs in Scotland?

In recent decades, breeding populations of feral pigs have become established in Scotland as a result of escapes or illegal releases. These animals come from a mix of both wild boar and domestic pigs and, as such, they are not native to Scotland.

Releasing any new species, such as wild boar, requires a licence from NatureScot. NatureScot has not issued any licence to allow the release of wild boar in Scotland.

Are wild boar kept in captivity in Scotland?

Wild boar and their hybrids are considered dangerous wild animals and they can only be kept under licence under the Dangerous Wild Animals Act 1976. The Act aims to protect the public and to ensure that the animals are properly cared for.

Who is responsible for the feral pigs in Scotland?

To inform government policy, NatureScot commissioned the Animal and Plant Health Agency (APHA) to prepare a feasibility study into options for humanely controlling feral pigs in Scotland with a combination of culling and trapping.

Guidance about humane and safe control is available on the Best Practice website.

NatureScot Research Report 876 – Preliminary assessment completed in 2015 of the feasibility of maintaining, limiting or eradicating feral pigs in Scotland.