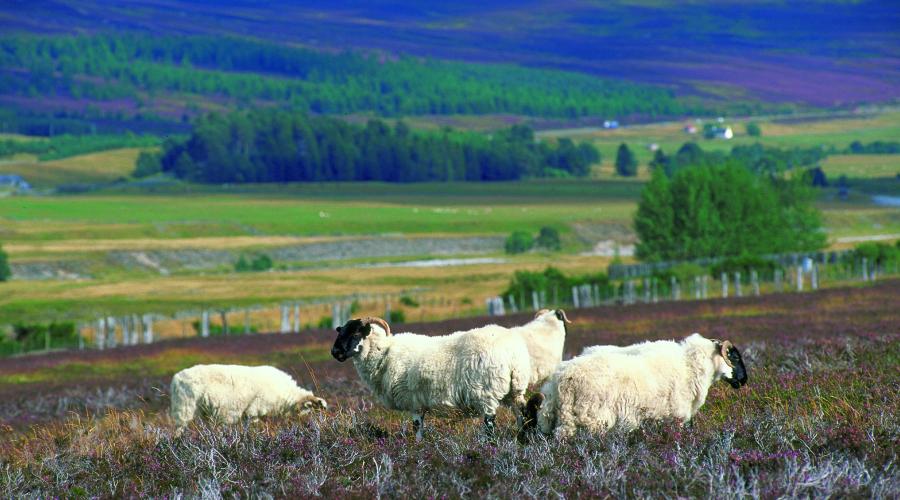 Different habitats and species can tolerate or benefit from different levels of grazing, so managing grazing is complex.

Scotland’s uplands are grazed by:

Grazing animals usually favour more palatable plants like soft grasses and herbs. Other plants are tough and tend to be avoided, but sometimes they’re all that’s available.

If an area is grazed heavily, the palatable species can be grazed out – either directly or by their flowers being eaten, so they can't produce seed. The less palatable species then expand to fill the gaps. The habitat, grazers and insects that rely on the lost species all lose out as a result.

Heather is a valuable source of winter food for deer, sheep and other species, as it doesn’t die back. Its young shoots are also a vital food for red grouse. But if too much of a heather plant is eaten on a regular basis it will eventually die. This explains at least some of our loss of heather moorland.

It can be hard to get the right level of grazing to suit every part of a mosaic of habitats – each with its own mix of palatable and unpalatable species.

Deer fencing and stock fencing may help in some places, but you must plan and consider any fencing carefully to avoid other problems.

Shepherding can help if domestic livestock are involved, but this isn’t always easy or economic.

It’s also not just about the total number of wild herbivores such as deer in a given area. How the animals move around and use the area – both seasonally and daily, and in response to weather and disturbance – is just as important.