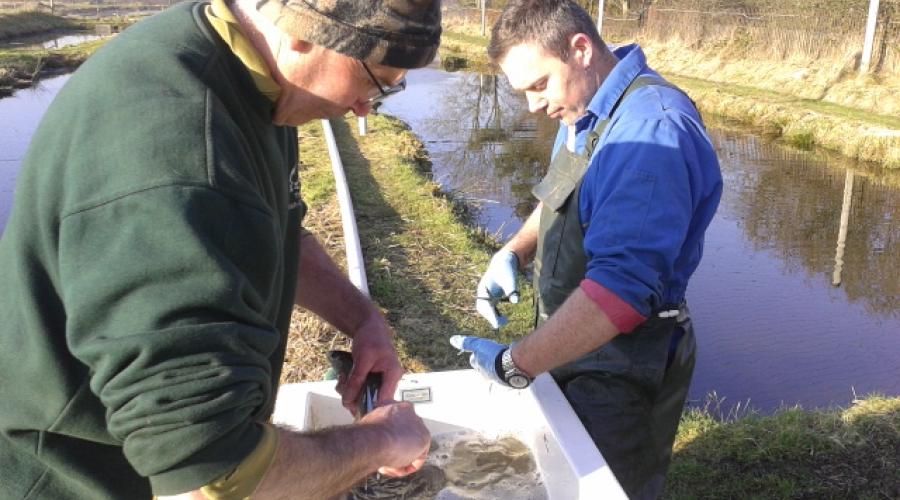 We encourage the aquaculture industry to be sustainable in environmental and socio-economic terms, and to respect our nature and landscapes.

Fish farming is a vital industry in rural Scotland. We are the largest producer of farmed salmon in the European Union and the third largest producer in the world. Scotland’s fish farms produced more than 170,000 tonnes of salmon in 2015.

To stock salmon farms, juvenile salmon are first produced. These are moved to sea cages as ‘smolts’, by which stage they can survive in the sea. Scotland’s freshwater production units produced 44.6 million smolts in 2015.

Aquaculture in Scotland in 2015 also produced:

Some fish are destined for the table, while others (chiefly brown trout) are used for fishery, or restocking, purposes.

Our role in freshwater aquaculture

NatureScot is a statutory consultee on freshwater aquaculture developments. We work with the aquaculture and fishery sectors, local authorities and others to ensure that developments reflect fully concerns over Scotland’s wild fish, freshwater pearl mussel populations and other fauna.

We belong to the Scottish Government’s Capacity Working Group and commission research used to underpin the industry as part of the Scottish Aquaculture Research Forum.

We encourage the appropriate scale, location and design of aquaculture developments to minimise negative impacts on freshwater environments, landscape and recreation. These impacts can be both localised and far-reaching, e.g. the impacts of escaped salmonids on wild fish stocks.

The escape of fish from a registered fish farm or holding place must be reported to the Scottish Government within 28 days.

The Diseases of Fish Acts 1937 and 1983 cover the transfer of disease to wild fish. Fish farmers, District Salmon Fishery Boards and Fishery Trusts must report any signs of disease immediately to the Marine Scotland Fish Health Inspectorate.

The EU has classified notifiable diseases into three categories according to their distribution and potential impact. The following have received the most public and media interest in Scotland:

The Scottish Environment Protection Agency (SEPA) is the lead body for regulating activities that affect the water environment.

To carry out any of these activities, operators must hold the relevant Controlled Activities Regulations licence.

Developers may also have to consider landscape and aquaculture. Local NatureScot staff are best placed to advise. For land-based production units, water abstraction and screening to ensure that wild fish can’t enter the farm may also be issues of concern.

Managing River Habitats for Fisheries: A guide to best practice

Scotland supports a number of world-renowned freshwater fisheries. Find out how they're managed with sustainability in mind.

Learn about natural flood management, flooding legislation and the role of land managers, plus measures to reduce flood risk for urban areas.