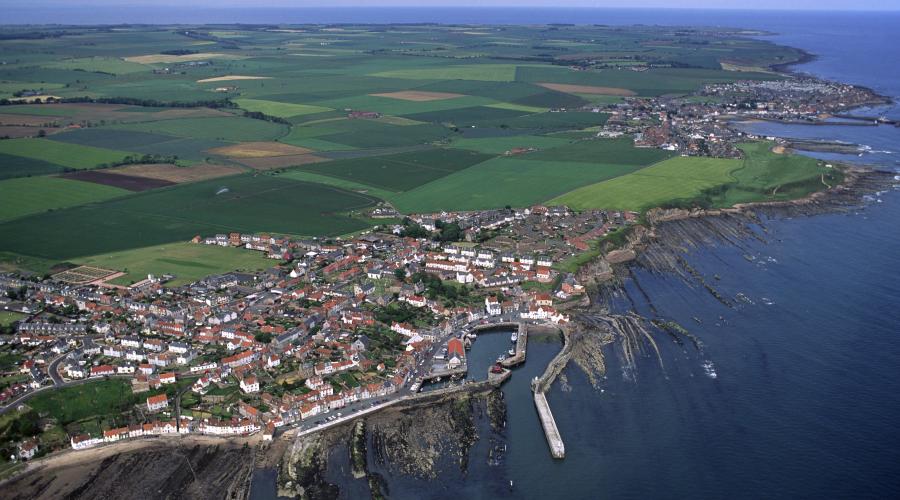 Scotland lay at the equator during the Carboniferous period, between 359 million and 299 million years ago.

Rainforest covered the Central Belt or Midland Valley area at this time, and the surrounding tropical seas had thriving coral reefs and abundant fauna. Rocks formed from the sediments and corals of the near-shore, shallow marine environments of the Carboniferous.

About 360 million to 250 million years ago, during the Carboniferous and the following Permian period, Central Scotland was affected by the stresses of north–south directed extension. Stretching caused by the movement of the Earth’s tectonic plates centred on the Central Belt area and resulted in the rifting and sinking of the continental crust to form the Midland Valley.

This is why the old geological foundations of the Central Belt sank and are now buried by younger Devonian, Carboniferous and Permian rocks. The rifting of the crust was similar to today’s East African Rift. Rifting thins the crust and, in turn, magma rises up from the mantle below. Most of the magma came to the surface in the Central Belt along faults and erupted lava covered a large area.

Later in the Carboniferous – amid a steamy, tropical climate, and in response to changes in sea level – sequences of sediments were laid down alternately in:

Lava fields include the Campsie Fells, while Arthur’s Seat in Edinburgh and Dumbarton Rock are the remains of early Carboniferous volcanoes.

Scotland: The Creation of its Natural Landscape. A Landscape Fashioned by Geology

Edinburgh and West Lothian: A Landscape Fashioned by Geology

Glasgow and Ayrshire: A Landscape Fashioned by Geology

East Lothian and the Borders: A Landscape Fashioned by Geology

Loch Lomond to Stirling: A Landscape Fashioned by Geology

Fife and Tayside: A Landscape Fashioned by Geology

Rocks formed since the foundations joined

Scotland once lay below the equator. Find out about its changing climate as it moved north and the rocks that formed as a result.