A brief history of geology

Scottish geologist James Hutton (1726–1797) was first to suggest how vast a stretch of time we must comprehend to understand the Earth’s history.

To account for the rock formations he saw in Scotland, Hutton realised there must have been several cycles of:

Hutton also realised that each of these cycles would have lasted thousands or even millions of years. He found “no vestige of a beginning, no prospect of an end” to the processes that formed rocks in the past and still form them today.

From eras to ages

The timescale divides geological time into periods, plus larger divisions of time (eras and eons) and subdivisions of periods (epochs and ages).

The current geological period is the Quaternary, which began 2.6 million years ago with the start of the most recent Ice Age.

Other geological periods are also of varying lengths, as factors such as global or regional changes in environment, or mass extinction events define when they began and ended.

The start of the Cambrian period, 542 million years ago, marks a very important geological time boundary. This is the point in the geological record where life forms with hard body parts (e.g. shells) first appear. Unlike soft body parts, these preserve well as fossils, and so this is when our main fossil record begins.

Hutton’s observations and theories marked the birth of the science of modern geology. They paved the way for later geologists to unravel the breathtaking tale of how Scotland has been 3 billion years in the making.

Studying the Earth as it is today, with its volcanoes and glaciers, has been key in understanding Scotland’s history. But the truly ancient history of our country – the evidence for which is all around us – is crucial in helping us to understand our world today and predict how it will change tomorrow.​ 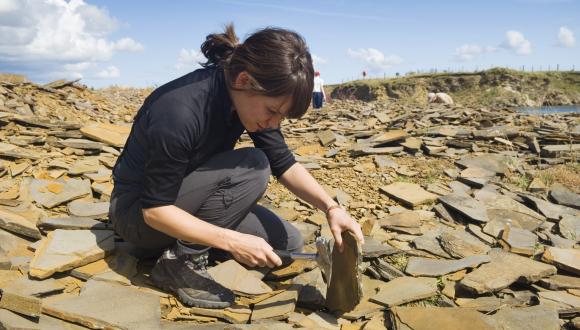 Learning from past climate change

We can better deal with climate change now and in the future by studying the geological record of how past environments responded to similar changes. 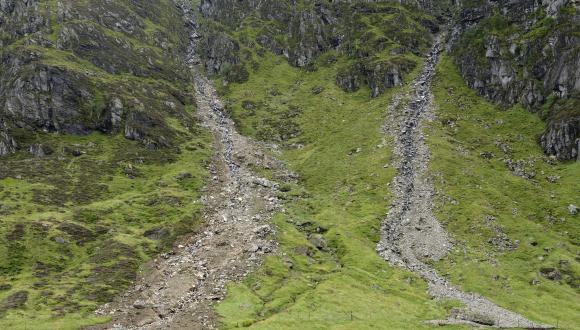 Find out how climate change will affect the dynamics of landform processes - and thus the rocks, landforms and soils that support life.