A series of continental collisions between 480 million and 425 million years ago brought together Scotland’s five foundation blocks.

About 600 million years ago, the North-west Seaboard, Northern Highlands and Grampian Highlands all lay at the edge of a continent called Laurentia, about 100km or more apart from one another. The Dalradian rocks of the Grampian Highlands were still only layers of sediment building up in the shallows of the Iapetus Ocean south of Laurentia.

Closure of the lapetus Ocean

The closure of the lapetus Ocean brought about a series of continental collisions known as the Caledonian mountain-building event or Caledonian Orogeny. It was in the lapetus Ocean, as it closed, that the volcanic islands thought to be the foundations of the Central Belt formed.

As the Iapetus Ocean closed, three landmasses were on a collision course with Laurentia:

Stages of the Caledonian Orogeny

With the completion of the Caledonian Orogeny, about 425 million years ago, Scotland’s geological foundations were finally brought together. 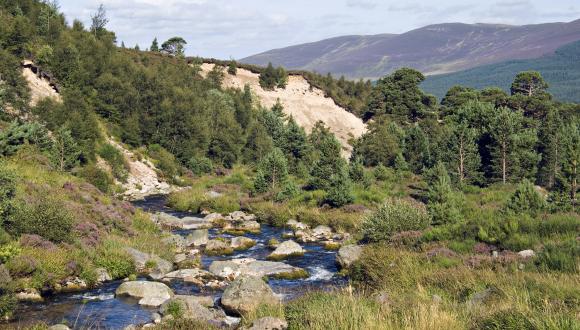 Scotland has many geological gems to discover. Hit any of these geotrails to learn about the significance of some of our most remarkable rocks and landforms.