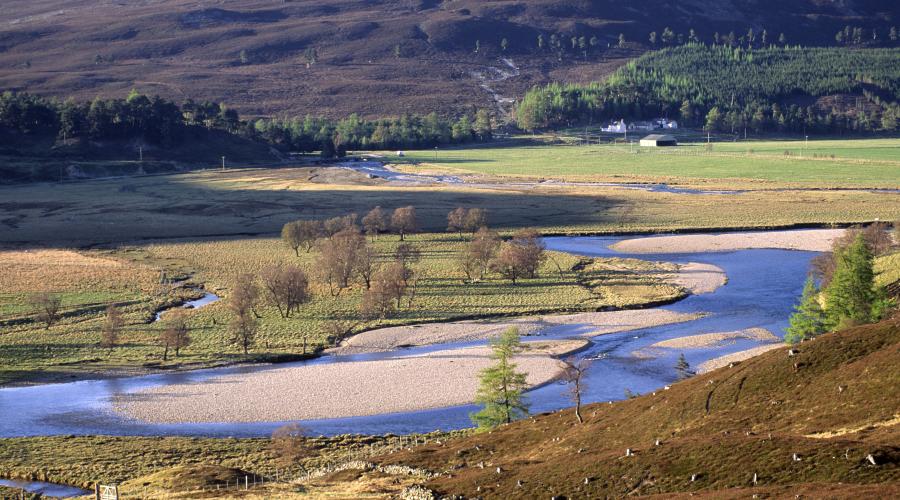 Where our rivers run

Satellite images show that the watershed running down Scotland from the north is close to the west coast. Short, steep rivers descend the mountains of the west coast, while longer, larger rivers drain the eastern side of the watershed.

This current drainage pattern originates from the late Palaeogene period, between 65 million and 23 million years ago.

Volcanic activity in the Palaeogene, associated with the opening of the North Atlantic Ocean, resulted in large volumes of molten rock cooling underground.

This caused the rapid ‘uplift’ of many parts the Highlands by as much as 1km.

Areas to the west, nearest the centre of the volcanic activity, were typically elevated higher than those in the east. This resulted in a broad overall pattern of land raised highest in the west and sloping away gently to the east.

Since the end of the Palaeogene, erosion has cut steep, west-flowing watercourses into the uplifted western seaboard.

This erosion has been caused by:

Water (and, in the past, ice) flowing east, in contrast, has continued to descend the shallower gradients towards the North Sea. 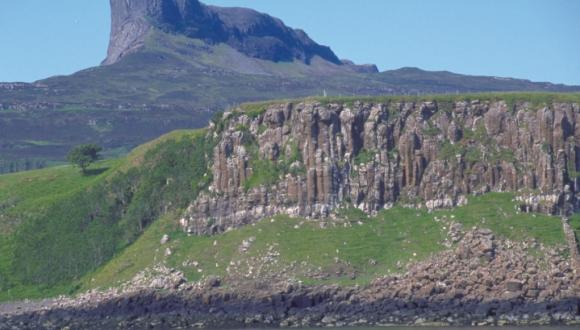 A short burst of intense volcanic activity in the Palaeogene period gave rise to vast lava fields and a chain of volcanoes, and elevated much of the Highlands.