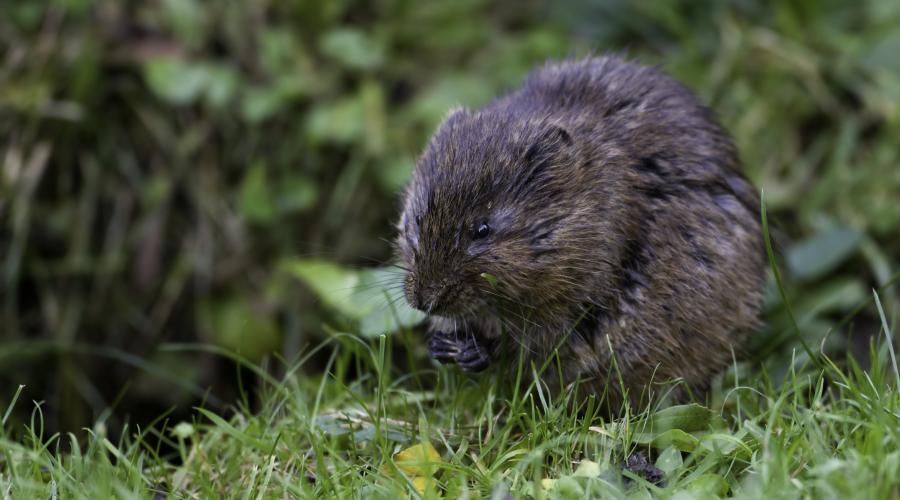 Surveys don’t require a licence, but activities likely to disturb water voles or damage or destroy their burrows will.

Water voles receive partial protection under the Wildlife and Countryside Act 1981 (as amended).

It’s an offence to intentionally or recklessly damage, destroy or obstruct access to any structure or place used by water voles for shelter or protection.

Water voles are also protected against disturbance while within such structures.

Basic surveys for water voles don’t require a licence, provided that you take steps to avoid intentionally or recklessly disturbing animals in their burrows, or damage to burrows.

You should apply to us for a licence if this can’t be avoided or if scientific or research work could otherwise result in an offence in relation to water voles.

To apply for a licence for a research or educational project, email [email protected].

If this is your first licence application for this activity, we’ll need two references from you. Your referees should be familiar with your work in this area and able to vouch for your competence.

We can license activities for social, economic or environmental reasons (including development) that might affect water voles, as long as:

Read the guidance on Licences for social, economic or environmental purposes

Read the guidance on Test 2 – No satisfactory alternative

If water voles are likely to be present on or near to a site, we strongly recommend that a suitably experienced person conducts a survey. Where voles or burrows are found, a species protection plan should be drawn up.

Based on recent research findings and experience from ecologists we now advise that trapping and translocation, rather than displacement, is the better option to use when clearing an area of ground which has water voles.

Translocation of water voles requires a licence. Before this can be issued, evidence must be provided for matters such as the:

More guidance on translocations can be found in The Water Vole Mitigation Handbook.

Although live-trapping water voles above ground and away from their burrow entrances does not currently require a licence in Scotland, NatureScot considers their capture and subsequent translocation other than to approved receptor sites nearby, and especially where they are to be used for captive breeding, to be bad practice. This is unlikely to be supported unless part of a carefully planned, agreed strategic approach to water vole conservation that follows the process detailed in the Scottish Code for Conservation Translocations. Any such proposals may also require a consent on a designated site.

You should get in touch if you wish to amend a licence. But check your licence conditions first: you may be able to appoint agents and assistants without having to get them named on your licence.

Find out about adding persons to a licence.

You must also remember to contact us to renew your licence. Licences aren’t renewed automatically.