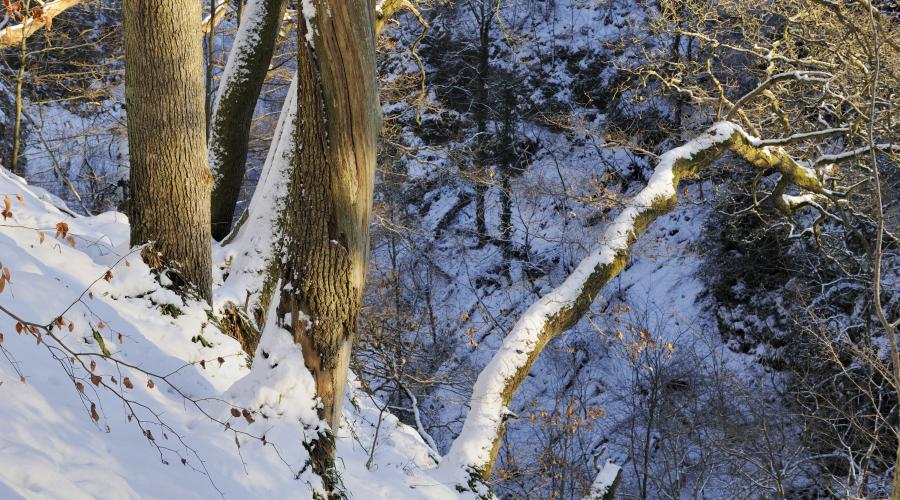 Scotland’s woodlands face new threats and substantial changes due to climate change – but their precise nature and timing is uncertain.

A changing climate, in combination with novel pests and pathogens, will favour some native and commercially grown tree species in some areas, while making conditions worse for others. Species distributions are expected to alter as a result.

Many species may need to adapt by moving northwards and uphill. Tree species may thus spread to areas where they aren’t locally native. Rates of movement may differ, leading to changes in the make-up of communities. Other species, unable to move fast enough to keep up with changes, could die out – either locally or nationally – if we don’t intervene to assist their movement.

Drier summers may increase stress in species affected by drought, like Sitka spruce, especially in the east of Scotland. Oceanic lower plants may also decline in number – though wetter winters might limit the impact of drier summers.

A warmer climate may:

It’s likely that climate change is one reason for the sudden increase in the rate of red band needle blight since the late 1990s. The blight causes defoliation, resulting in poor growth and, in severe cases, the death of the tree.

Corsican pine was the first species in Britain to be severely affected. It is no longer being planted and existing crops are being felled. Impacts on lodgepole pine are similar, but Scots pine seems to be less at risk so far.

Movement from other parts of the world – both through trade and natural spread ­– has also affected the occurrence of novel pests and pathogens. Climate change and (native and non-native) pests and pathogens together form a complex and interacting set of threats to tree and plant health.

The timing of seasonal events in plants (known as phenology) is changing.

The pollen season also starts on average 10 days earlier, and lasts longer, than it did 50 years ago.

Seasonal timing seems to be changing for most species, but at rather different rates between species and species groups. This has implications for many ecological processes, for example:

Soils store carbon, sometimes in very large quantities, especially in peat and peaty soils. Growing trees removes carbon dioxide from the atmosphere and stores it within the tree’s timber and root structure. There is a complex dance of carbon interchange between soil, trees and the products we make from timber. Generally, this means that growing trees is overall a benefit in terms of the removal and storage of carbon from the atmosphere.

However, we do know that forests planted on deep peat may not have this net benefit, as the drying action of the trees may allow peat to be oxidised and the stored carbon returned to the atmosphere as carbon dioxide. This is why new afforestation on soils with more than 50cm depth of peat is not allowed.

Future impacts of climate change may affect the predicted carbon balance of woodlands, for example if drier conditions occur in summer, or if tree diseases do not allow the expected growth rates to occur.