Tentsmuir National Nature Reserve (NNR) is a massive sand dune system. Its northern part is one of the fastest-growing areas of Scotland, while the sea is plucking its southern end back into the deep. It makes the reserve a key site for studying the processes that shape our beaches and coasts.

Wildfowl and waders flock to the Tay and Eden estuaries from as far as Iceland and Siberia between autumn and spring. The main event is when the largest gathering of eider ducks in Britain and Ireland descends on the reserve between October and March.

A major programme of tree and scrub removal has restored 95% of Tentsmuir NNR to mainly dune grassland and heathland. This helps to conserve the reserve’s value for wildlife, including its rich plant life and many insects.

Read our leaflet to learn more about visiting Tentsmuir NNR, including why dogs must be kept on the lead. 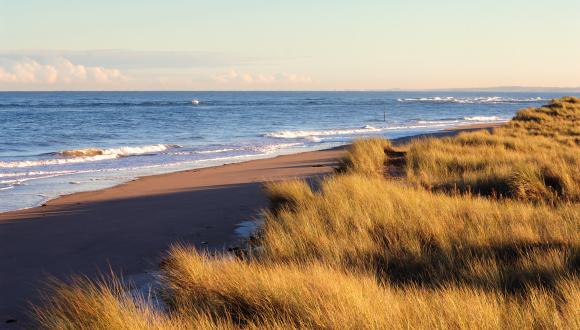