In light of mounting evidence that Scotland continues to experience dramatic declines in biodiversity, the Scottish Government has set out an ambitious new strategy to halt biodiversity loss by 2030 and reverse it with large-scale restoration by 2045.

The new strategy, published as a draft, aims to deliver the transformational changes needed to protect and restore terrestrial, freshwater and marine biodiversity in Scotland.

Over summer 2022 a preliminary three month consultation invited views on the new strategy - including its long-term ambition and vision of what our natural environment needs to look like in 2045. The many responses from organisations and individuals have informed the strategy published in draft during the 15th meeting of the Conference of the Parties to the United Nations’ Convention on Biological Diversity (CoP15).

Please take the opportunity to read the draft strategy and respond to the consultation on its delivery plan, due in spring 2023. 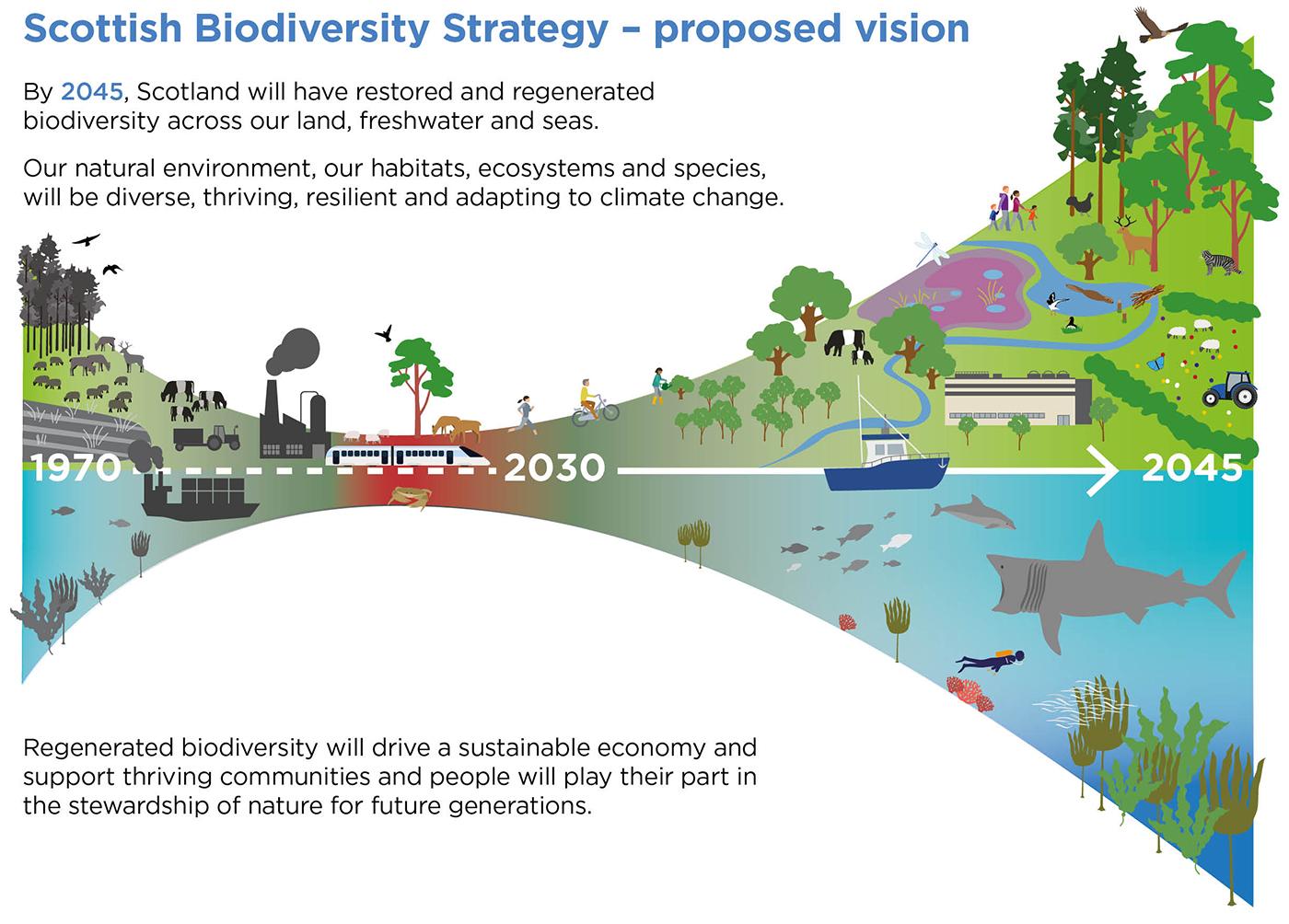 Infographic description at foot of page

Scotland's Biodiversity Strategy - What is it?

In December 2020 the Scottish Government published the Scottish Biodiversity Strategy Post-2020: A Statement of Intent. This paved the way for the new, ambitious 25-year strategy which will supersede the 2020 Challenge strategy. 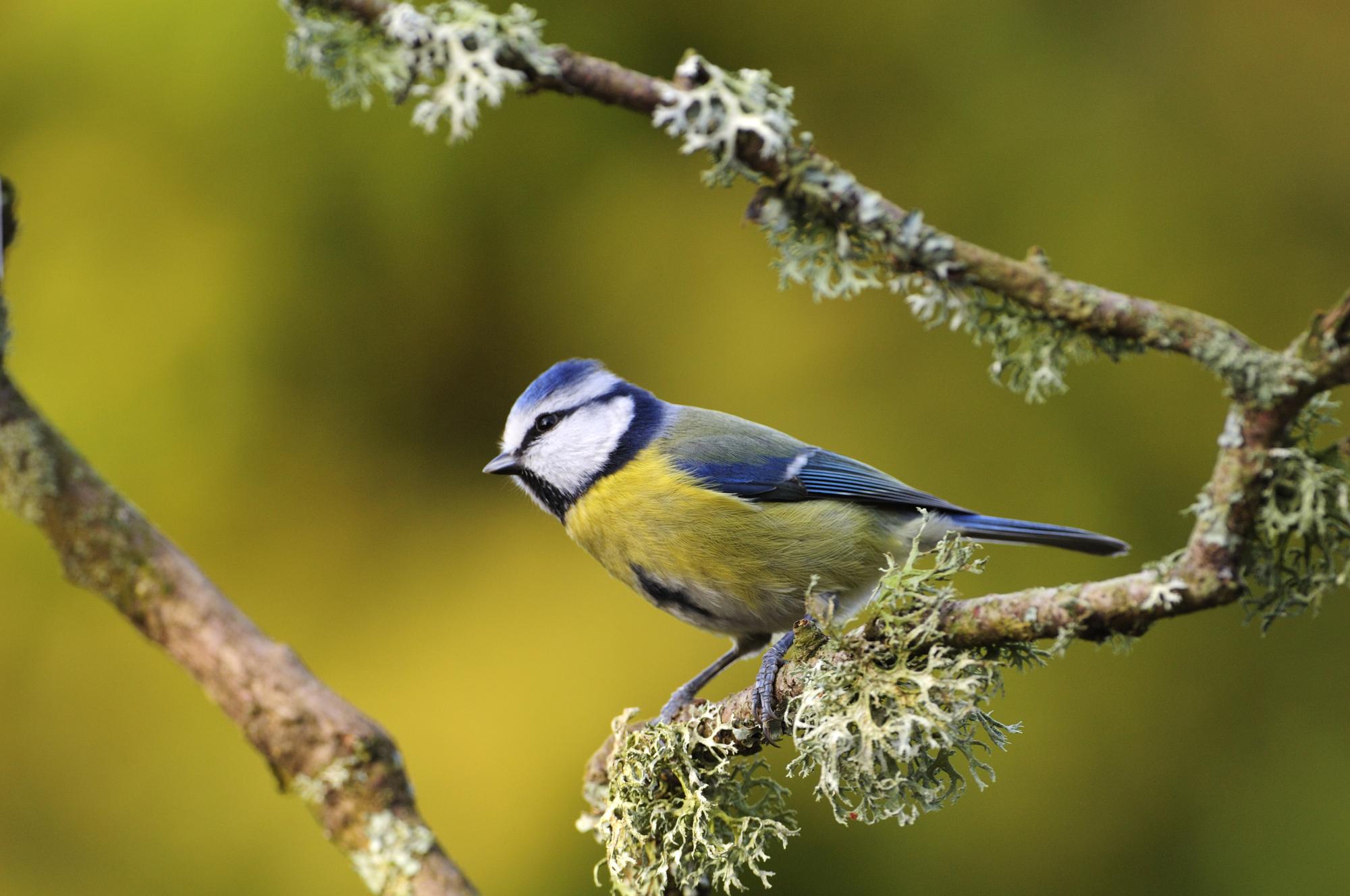 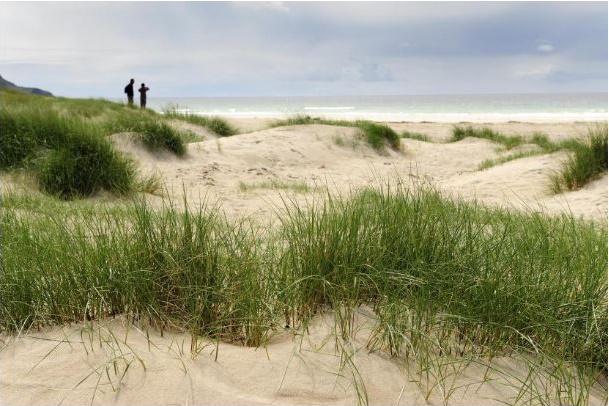 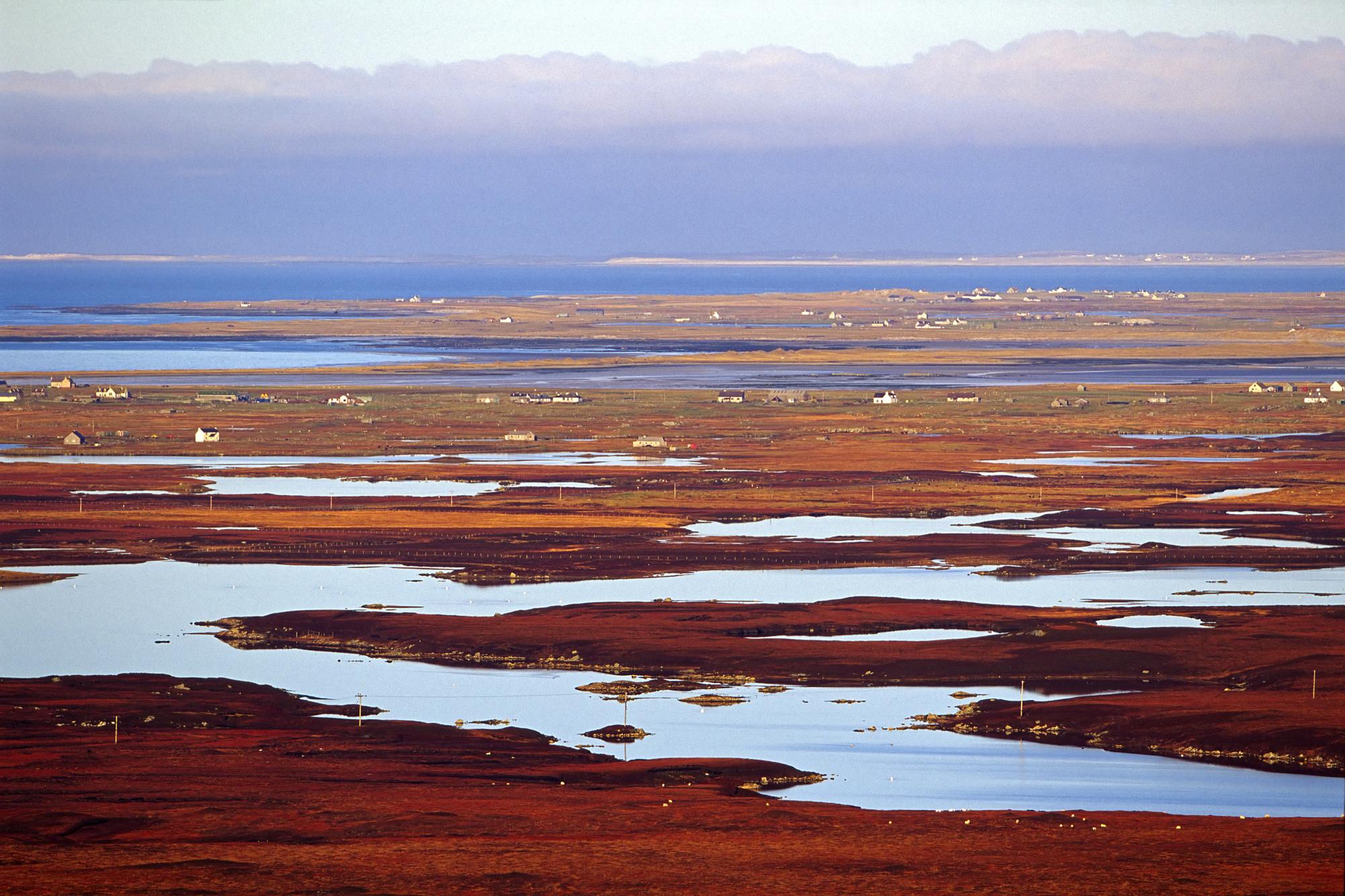 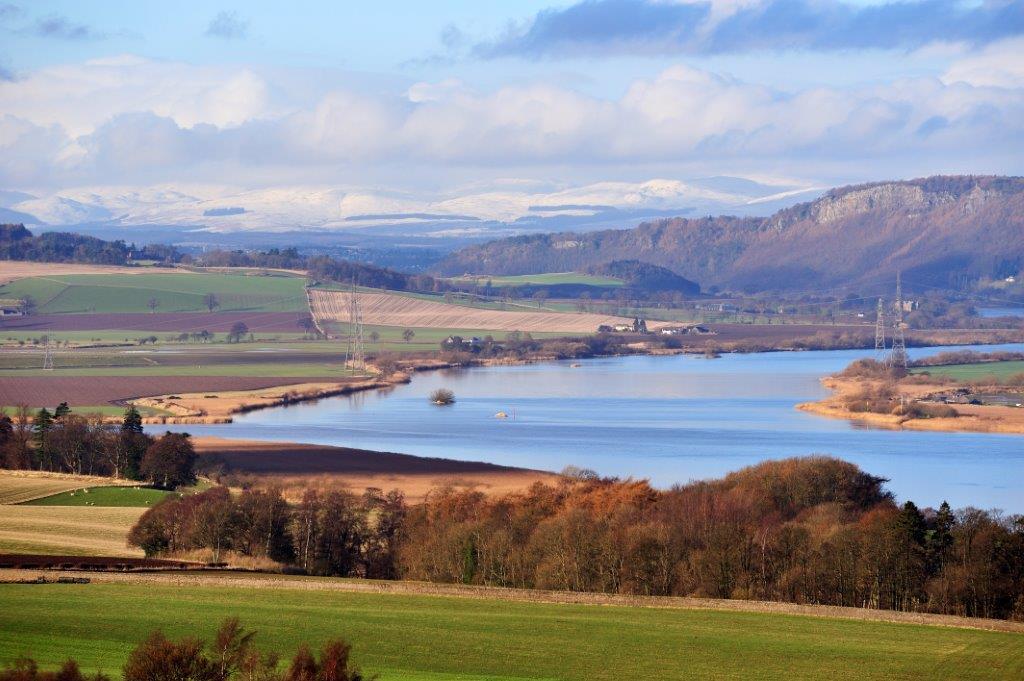 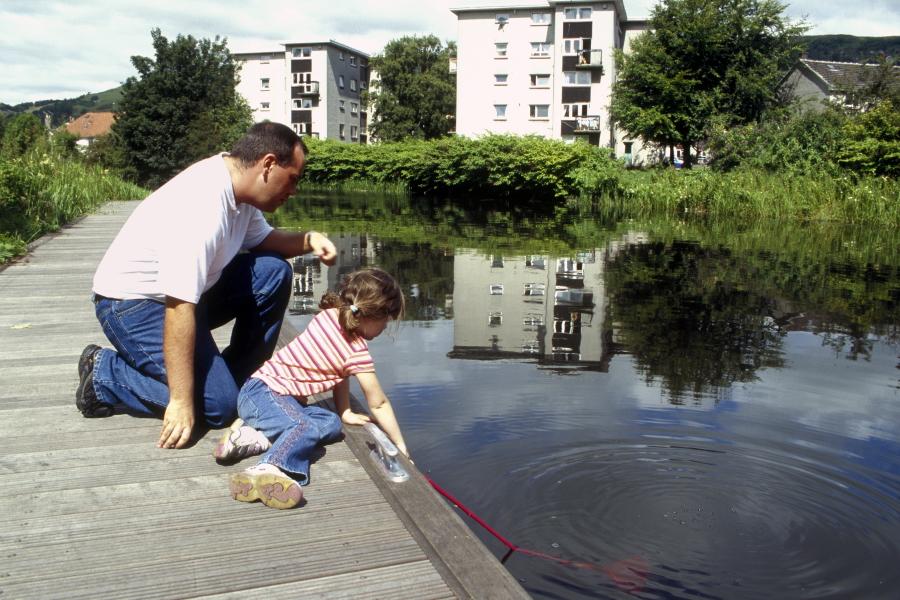 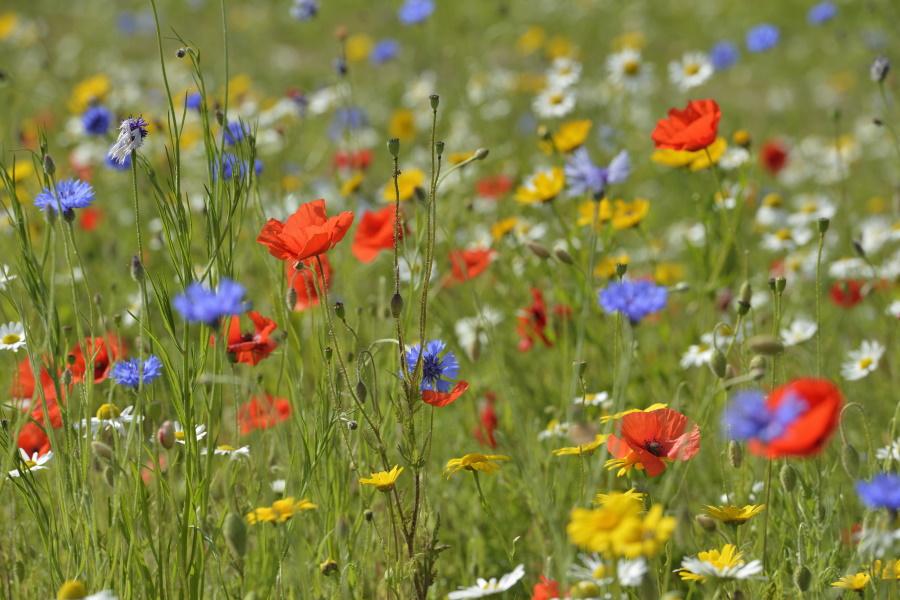 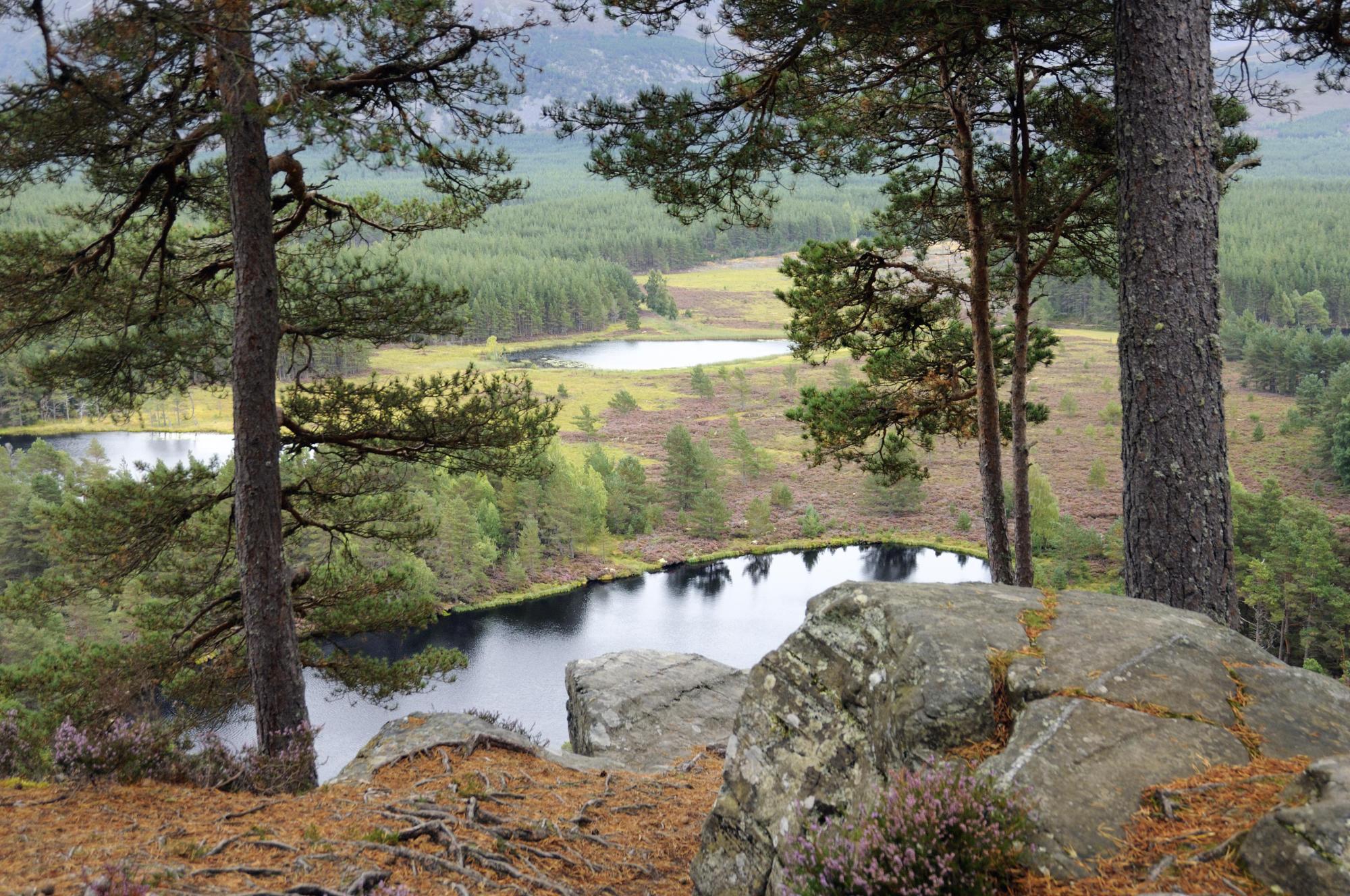 The Scottish Government’s draft biodiversity strategy sets out a long-term ambition and vision for what good looks like for biodiversity in Scotland in 2045.  It is designed to deliver landscape-scale, transformative change - backed by evidence, supported by a delivery plan and a new investment plan - and underpinned by statutory targets which will hold future governments to account. 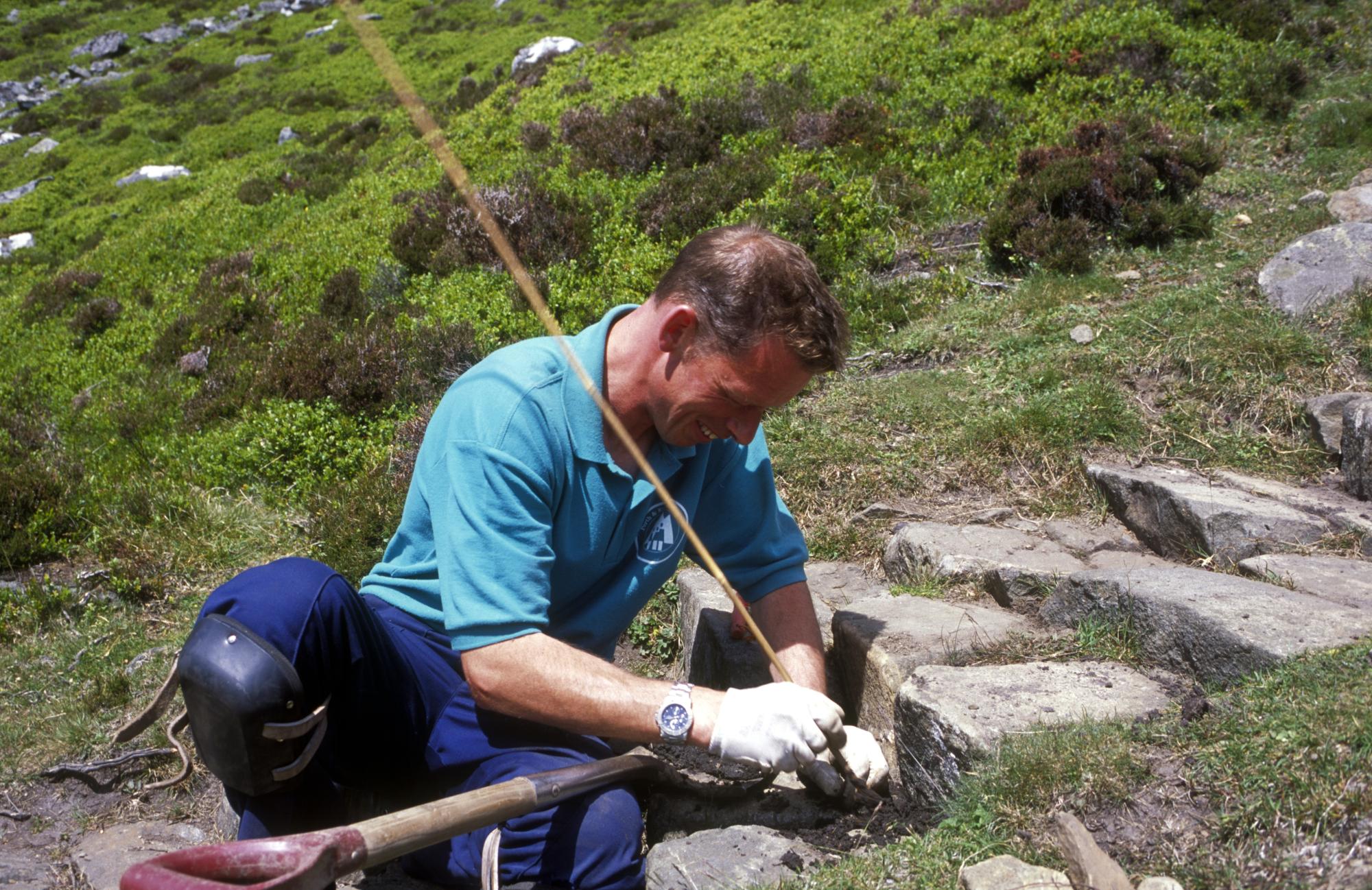 A fund launched in July 2021, encourages applicants with projects that restore wildlife and habitats on land and sea and address the twin crises of biodiversity loss and climate change.

The fund is now welcoming applications from local authorities and National Park authorities for the competitive element under the ‘Edinburgh Process’, with applications closing on 30 June 2022.

The 'Proposed vision' infographic shows a timeline from 1970 to 2045 depicting biodiversity (examples of flora and fauna) declining and then regenerating by 2045. Its starts with images of how land and sea was used in the 1970s, such as farming, a factory and a fishing trawler. As the timeline progresses its shows a decline in biodiversity and then portrays the decline ending by around 2030. From 2030 to 2045, the image shows how land and sea might be used as biodiversity is substantially restored.

By 2045, Scotland will have restored and regenerated biodiversity across our land, freshwater and seas.

Our natural environment, our habitats, ecosystems and species, will be diverse, thriving, resilient and adapting to climate change.
Regenerated biodiversity will drive a sustainable economy and support thriving communities and people will play their part in the stewardship of nature for future generations.