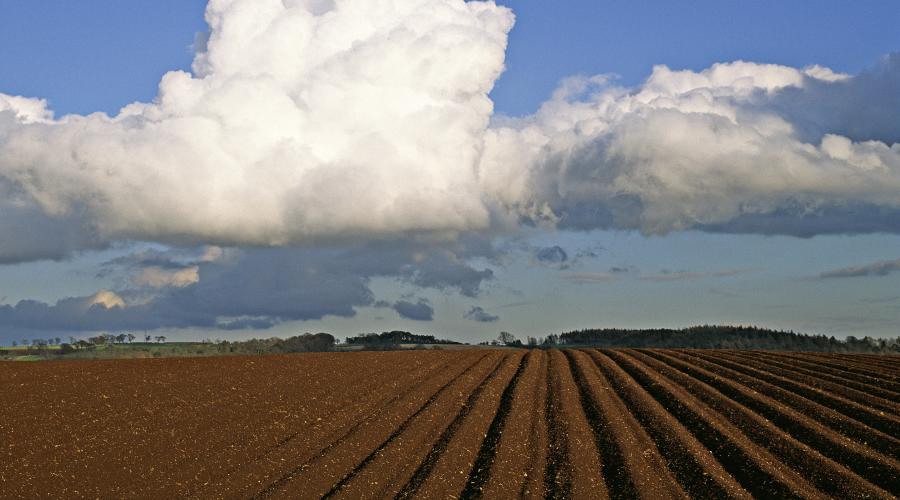 Speeding up the rate of carbon sequestration in natural systems is one way to mitigate the impacts of climate change.

Changing how we manage land to increase how much carbon is held in vegetation, soils and seabeds is central to mitigating climate change impacts. This is something we can do now.

Carbon capture at source and carbon storage in geological reservoirs may be long-term solutions for the future, once the right technology is in place.

Scotland’s soils contain more than 3,000 megatonnes of carbon. This is about 60 times the amount of carbon held in our trees and plants, making soils our main terrestrial store of carbon. Our peatlands hold most (53%) of our carbon store.

Find out about our work to restore Scotland’s peatlands.

More than 20% of Scotland is covered by peat soil and keeping our peatlands healthy is vital to tackling climate change. Scotland’s peatlands hold over half of our terrestrial carbon store. Restoring peat-forming habitat previously drained or damaged ensures that the bog remains a long-term carbon sink rather than a greenhouse gas source.

Other soils are an important carbon sink that must be well managed. Agricultural soils have the greatest potential to hold more carbon – an estimated 115 megatonnes of it. This would be equivalent to 22% of total carbon dioxide (CO2) emissions from Scotland’s energy sector.

A wide range of materials, from farm manures to non-agricultural composts, is used in farmland, forestry, land restoration, landfill reclamation, landscaping and gardens. Applying organic materials to land could boost the carbon stock of Scottish soils, which appear to be losing carbon at rates not seen before.

To meet recycling targets, production of composts from green waste and other organic materials diverted away from landfill is likely to increase. But the availability of a suitable landbank will affect how feasible it is to recycle more non-agricultural materials in Scotland.

Biochar (a charcoal-like biomass by-product) can also be used to help tackle climate change, as it enhances soil carbon sequestration and limits carbon flux exchange. Biochar can also improve soil fertility, though this matters less for carbon-rich soils like our peatlands and wetlands.

Growing more trees is one way to increase our natural carbon reservoir. Exactly how much carbon a forest can hold depends on the tree species and the length of the crop rotation. But it varies between 700 to 800 tonnes of carbon per hectare.

Young forests grow rapidly and soak up carbon more quickly than mature forests. In mature forests, the carbon balance may reach a steady state as carbon storage is matched by decay.

The Scottish Government aims to increase woodland coverage to up to 25% of Scotland’s total land area. It’s important that this avoids releasing potential greenhouse gases from soils in the process.

Growing wood to use as a fuel is carbon neutral and offers a sustainable alternative to burning fossil fuels.

The global ocean plays a vital role in trapping and storing atmospheric CO2 that would otherwise contribute to global warming.

Scotland has around 470,000 sq km of seas, which store more than 1,700 megatonnes of inorganic carbon as calcium carbonate. This non-living material is found in mollusc and crab shells, skeletons of microscopic plants, coral and maerl.

The carbon stored in coastal and marine ecosystems (so-called 'blue' carbon) is found in different types of seabed which play much the same role as onshore peatlands.

Habitats that are damaged – whether by trawling, coastal erosion or development – can’t retain as much carbon and may become a source of greenhouse gases. Carbon-storing marine habitats could receive protection as part of Nature Conservation Marine Protected Areas.

Listen to our latest podcast 'Blue carbon - what it is and how it can help fight climate change'.

Farming For A Better Climate – SRUC 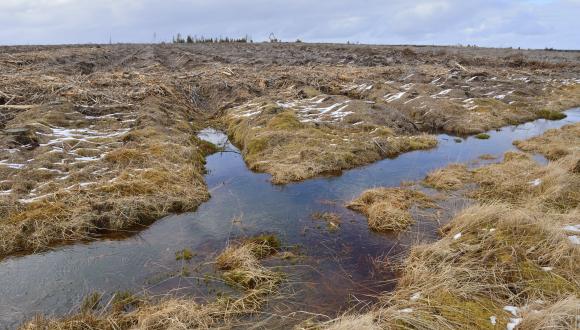 We're working with others to reduce climate change impacts by altering how we work, how land is managed and how Scotlands peatlands are used.