This summary report on participation in outdoor recreation is one of a series describing how people in Scotland use, value and enjoy the natural environment. It uses data from Scotland’s People and Nature Survey (SPANS), conducted in 2013/14 and 2017/18, and historical data from the Scottish Recreation Survey (ScRS), conducted annually between 2003 and 2012.

The research methodology used for SPANS is identical to that used for the ScRS meaning that data from both surveys are directly comparable. As the survey findings are based on interviews conducted with a representative sample of adults living in Scotland, all estimates are subject to a margin of sampling error, see SPANS Technical Report.

In SPANS and the ScRS the term ‘outdoors’ includes mountains, moorland, farmland, forests, woods, rivers, lochs and reservoirs, beaches and the coast and open spaces in towns and cities. ‘Visits to the outdoors’ refers to leisure trips taken from home or while away from home on holiday, provided the holiday was in Scotland. ‘Outdoor recreation’ is defined as any non-motorised activity carried out for leisure purposes. It can include informal everyday activities (e.g. walking the dog, family outings) as well as a range of other types of activities such as cycling, hill walking or watersports.

Enjoyment of the outdoors, including greenspaces in towns and cities, the countryside around urban areas and more remote and wild areas of land and water, can provide many social, environmental and economic benefits. These include better health and well-being, an improved quality of life, greater empathy with the natural world, wider use of sustainable forms of transport such as walking and cycling, and economic benefits derived from expenditure incurred by outdoor visitors. Increasing the proportion of adults visiting the outdoors at least once a week and ensuring that the benefits are shared by everyone in Scotland is a key target of the Scottish Government which measures progress via its National Performance Framework.

4. How frequently do people in Scotland visit the outdoors for recreation?

Most people in Scotland visit the outdoors for leisure and recreation with just over half visiting on a regular weekly basis.

5. What are the main barriers to visiting the outdoors?

In 2013/14 (this question was not included in SPANS in 2018/19) ’lack of time’ (mentioned by 36% respondents) and ‘poor health’ (mentioned by 23%) were the main reasons given by respondents who rarely or never participated in outdoor recreation. Those more likely to mention ‘lack of time’ included younger people (aged under 55), people working full-time and those with children in their household. Those more likely to mention ‘poor health’ included older people (aged 55 and over), people in the DE social grade and those who are retired or not working. Social grade is a household classification system based on the occupation of the Chief Income Earner in the household: AB - higher and intermediate managerial, administrative and professional; C1 - supervisory, clerical and junior managerial, administrative and professional; C2 - skilled manual workers; DE - semi-skilled and unskilled manual workers, casual and lowest grade workers, state pensioners and others who depend on the state for their income.

There has been relatively little variation over the last ten years or so in the proportions of respondents mentioning each of the barriers shown in Table 1, below.

6. What motivates people to visit the outdoors?

7. What benefits do people feel they get from their outdoor visits?

8. Are some population groups more likely to visit the outdoors than others?

People’s propensity to visit the outdoors is influenced by a variety of demographic and other factors, with age, social grade, where you live, employment status, health and ethnicity all playing a role. Younger and more affluent adults along with people living in rural areas (Scottish Government Urban Rural Classification) see are more likely than average to visit the outdoors on a regular basis; those with a long-term illness or disability and those who describe their general health as ‘bad’ are less likely than average to do so; and people from minority ethnic groups are less likely than those of white ethnicity to be regular outdoor visitors.

9. Where do people go on their outdoor visits?

We know from the Scottish Recreation Survey that 95% of the outdoor visits taken by adults in Scotland start directly from home with the remainder taken while away from home, for example, while on holiday elsewhere in Scotland.

While there has been some year-on-year fluctuation, the relative popularity of each of the destination types shown in Figure 5 has remained fairly stable over time.

The last ten years or so has seen an increase in the proportion of shorter duration visits and visits taken close to home, suggesting that more people are finding opportunities to enjoy the nature on their doorstep.

11. The use of paths on outdoor visits

In 2013/14 (this question was not included in SPANS in 2017/18) SPANS estimated that around three quarters of outdoor visits involved the use of a path or path network (76%) and more than half involved the use of paths with signposting or waymarking (58%). The proportions of visits involving the use of paths, and specifically signposted or waymarked paths, was significantly higher in 2013/14 than in the early years of the Scottish Recreation Survey (e.g. 66% and 49% respectively in 2004).

12. Who do people visit the outdoors with?

The proportion of visits taken alone has increased over the last 10 years or so (up from 41% in 2004) and this may be linked to the increase (highlighted previously) in the proportion of shorter duration visits being taken close to home. The average party size on visits to the outdoors in 2013/14 was 2.6 people.

13. What do people do on outdoor visits?

When prompted, a minority of visitors say they have experienced access problems or witnessed irresponsible behaviour on their outdoor visits (31%). Litter, vandalism or graffiti are mentioned most frequently (encountered on 18% of visits). 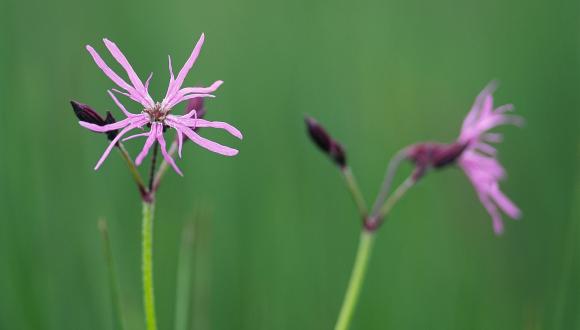