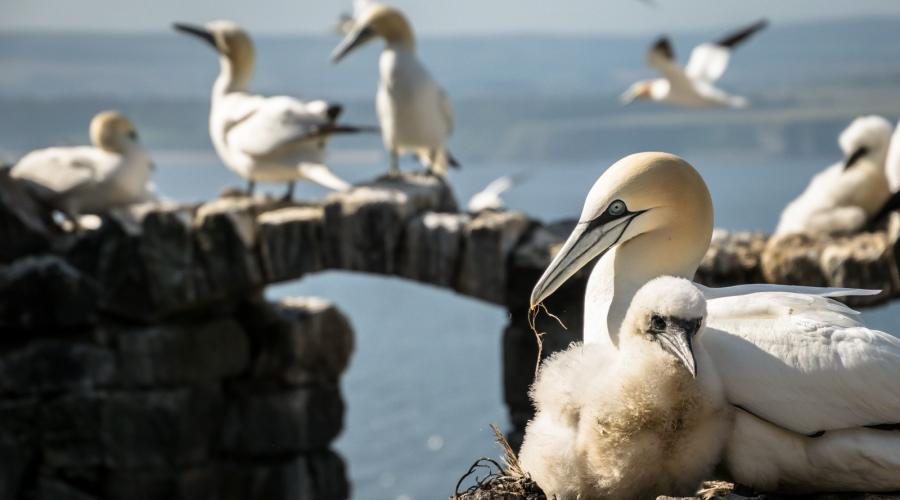 NatureScot is setting up a new task force to co-ordinate a national response to the avian influenza crisis that is devastating vulnerable seabirds, and other wild bird populations in Scotland.

NatureScot will lead the new group which will come together this month and draw on experience from across government, conservation organisations, local authorities and the research community to drive forward a collective response to the crisis.

The task force will initially focus on sharing expertise and co-ordinating action to tackle the current outbreak of the H5N1 strain of avian flu.

Key priorities will include planning for an effective response to potential future outbreaks and variants, taking action to help protect and restore our bird populations and improve their resilience.

NatureScot chief executive Francesca Osowska said: “The avian flu crisis has been rapidly evolving and deteriorating. Tragically, this disease could be with us for some time to come, with early evidence confirming avian flu has moved into our urban gull and raptor populations, developments we and partners are monitoring closely.

“Responding to this crisis involves a national endeavour, and this task force will bring together partners who are already doing fantastic work, to better share expertise and co-ordinate action on the ground.

“Here in Scotland, the Scottish Government’s new Scottish Biodiversity Strategy, which is currently out for consultation, is responding to this challenge, setting out ambitious plans to halt biodiversity loss by 2030 and reverse it by 2045.”

NatureScot is also forming a sub-group of our Scientific Advisory Committee to provide further support on surveillance, monitoring and related research that is crucial to helping our wildlife’s resilience against future viruses.