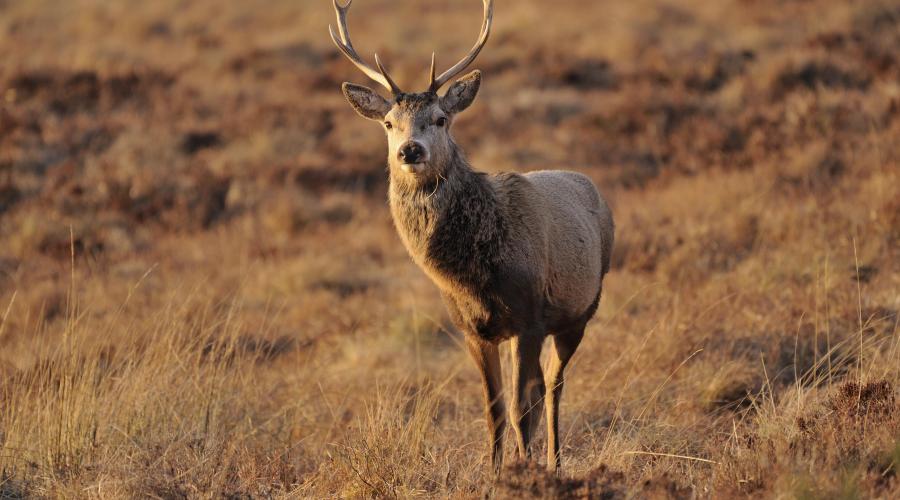 A three-year project to achieve a sustainable population of deer on the Carse of Stirling has made significant progress.

A partnership between NatureScot and local land managers has considerably reduced the damage caused by red deer in the area.

The project was launched in 2018 after the Flanders Deer Management Forum requested support in response to the large and increasing population in an area where red deer had historically not been present in such numbers.

While deer are an iconic species and form an important part of our biodiversity, their high numbers and lack of natural predators mean that they can have a negative impact.

Solutions were sought as a result of the significant damage deer browsing was causing to crops, woodlands and natural habitats in the area, including the internationally important raised bog habitat at NatureScot’s Flanders Moss National Nature Reserve (NNR). Public safety was also a concern as a result of the increased risk of traffic accidents.

NatureScot co-ordinated deer culling across more than 70 properties in the area, in partnership with Cardross and Rednock estates and Forestry and Land Scotland.

Scotland’s nature agency also used its statutory powers to authorise cross-boundary, out-of-season and night culling of deer in the area.

As a result of the joint working, which has reduced the overall red deer population by around 500 a year, reports of agricultural damage have reduced significantly and feedback from local land managers has been positive.

The most recent count shows that there remains a population of several hundred deer in the area. Lower populations will mean less impact on the surrounding environment but with these deer being healthy and productive there will be an ongoing need to manage the population. Land managers and local controllers should now be able to do so proactively and collaboratively without the need for additional support.

Jamie Hammond, NatureScot’s Regional Deer Operational Delivery Manager, said: “The Carse of Stirling is a very challenging area for deer control and it is testament to the huge amount of time and effort by everyone involved that our collective efforts have now achieved a more sustainable and manageable population, with all the associated benefits for nature and agriculture in the area.

“Sustainable deer management is vital if we are to bring populations in balance with nature and effectively tackle the twin crises of biodiversity loss and climate change. NatureScot will continue to provide strong leadership and support to deliver this vision, working closely with those who live and work on the land and using the range of powers available. This project is a great example of this kind of successful partnership working for the benefit of people and nature.”

Anton Watson, FLS Wildlife Management Support Officer, said: “FLS recognises the importance of sustainable deer management across this very important and varied landscape. All partners involved have applied the highest standards in deer management to deliver against the challenging objectives associated with the Flanders Moss area.

“We will continue to collaborate with partner organisations and neighbours across Scotland to provide operational deer management expertise to help meet Scotland biodiversity and climate change targets.”

Mungo Ingleby, from Malling Farm, said: “NatureScot Wildlife Management Officers Jamie Hammond and Jimmy Irvine have led efforts to reduce the deer population on and around Flanders Moss which has been no easy task.

“The area is predominantly flat and sodden with large areas of waist high vegetation and forestry. Their efforts have been remarkably successful in galvanising a coordinated effort amongst stakeholders. Significant numbers of deer have been culled resulting in a noticeable and very welcome reduction in deer numbers across our ground.

“Throughout the process Jimmy and Jamie have been incredibly efficient, clear in all communications, objectives and outcomes. Without their involvement the cost of achieving a similar result would have been prohibitive and we were very grateful for their efforts.”

The welfare of wild deer continues to be at the heart of NatureScot's approach to deer management. All culls are undertaken in a safe, humane and professional manner to industry best practice standards. Humane culling can also ensure healthier deer herds. When deer populations grow to high levels, it makes it harder for them to survive during the long months of winter when feed sources may be limited due to snow cover and the nutrition from the grazing is much less. When resources are scarce and competition is high, in particularly bad winters deer can die from starvation during these tough months. 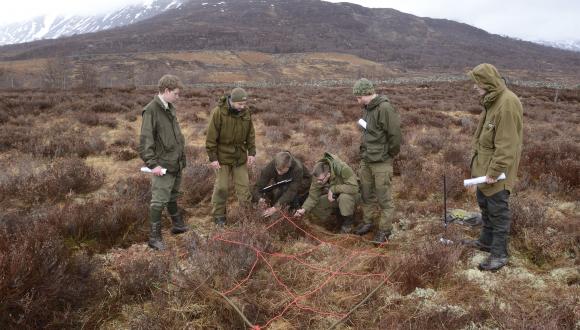