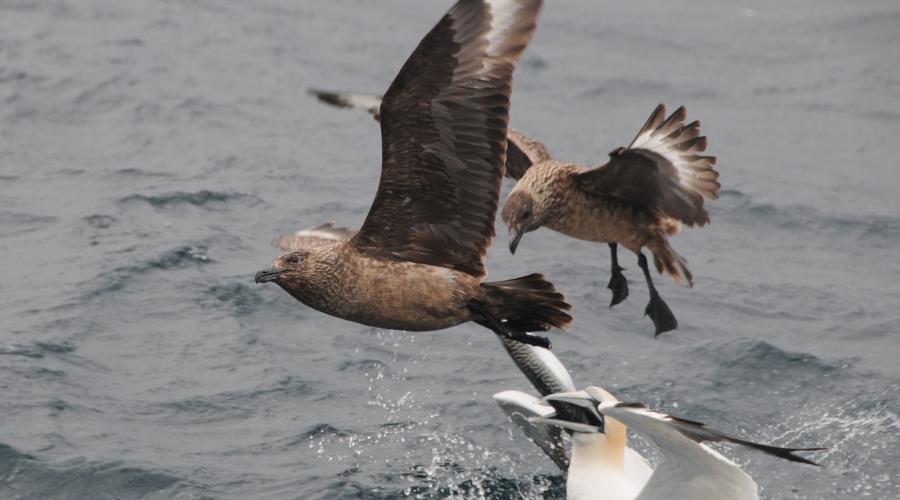 NatureScot is advising public landings to stop on 24 Scottish islands, limiting the spread of avian flu and giving seabirds the best possible chance to survive and recover from the current severe outbreak.

As of this week, the following islands have been advised to stop public landings until chicks have fledged.

Until the end of August for breeding puffins, Arctic skuas and Arctic terns:

Until mid-October for breeding gannets, storm-petrels and Manx shearwaters:

Visitors will still be able to enjoy the summer seabird spectacle by taking boat trips to seabird colonies without coming ashore, or by viewing seabirds from a safe distance without entering nesting areas. The situation is under constant review and restrictions will be lifted as soon as possible, once the birds have finished breeding.

To make this decision, NatureScot carried out rapid assessments of all island Special Protection Areas (SPAs) designated for breeding seabirds, in consultation with island managers. Relevant commercial boat operators have also been alerted, as well as all other recreation and visitor bodies and the local access authorities. The measure is the latest in response to growing concern over the spread and impact of the current H5N1 strain of avian flu, particularly in seabird colonies.

Eileen Stuart, NatureScot’s Deputy Director of Nature & Climate Change, said: “Restricting visits to these islands is not an easy decision, but we are increasingly concerned about the devastating impact avian flu is having in Scotland, particularly on our seabird colonies.

“Many of our Scottish islands are a haven for internationally important bird populations. With the avian flu crisis evolving so quickly, we have to respond to reduce the spread of this virulent disease. Tragically, this destructive disease could be with us for some time to come. In Scotland, with the new Task Force announced last week, we and our partners are committed to sharing our expertise and co-ordinating action on the ground.”

Great skua, gannet and guillemot have been hardest hit. Sample surveys of colonies show up to an 85% decline of great skua at colonies in Orkney and up to 25% decline in gannet numbers at Shetland colonies. Great black-backed gull, herring gull, kittiwake, Arctic tern, Sandwich tern, razorbill and puffin have also tested positive.

NatureScot have also released guidance for both site managers and visitors on minimising risks for wild birds, biosecurity, and monitoring this week. The advice is available on the NatureScot website.

This is part of the work the new Task Force announced last week led by NatureScot to co-ordinate a national response to the avian influenza crisis that is devastating vulnerable seabirds, and geese populations, in Scotland. The new group will draw on experience from across government, conservation organisations, local authorities and the research community to drive forward a collective response to the crisis.

The Task Force is initially focussing on sharing expertise and co-ordinating action to tackle the current outbreak of the H5N1 strain of avian flu. Key priorities will include planning for an effective response to potential future outbreaks and variants, taking action to help protect and restore our bird populations and improve their resilience.