This framework document has been drawn up by the Scottish Government in consultation with NatureScot.

It sets out the broad framework within which NatureScot will operate and defines key roles and responsibilities which underpin the relationship between NatureScot and the Scottish Government. While this document does not confer any legal powers or responsibilities, it forms a key part of the accountability and governance framework and should be reviewed and updated as necessary, and at least every 2-3 years.

Section 2 of the 1991 Act gives NatureScot the following functions:

(a) the provision of advice to the Scottish Ministers or any other Minister on the development and implementation of policies for or affecting the natural heritage of Scotland;

(b) the provision of advice and the dissemination of knowledge to any persons (including the provision and promotion of publicity and information services) about the natural heritage (including its use and enjoyment) and any matters arising from the discharge of its functions;

(e) the power to form or promote or join with any other person in forming or promoting companies (within the meaning of the Companies Act 1985);

(f) the power to form partnerships with other persons; and

(g) the power to do all such other things as are incidental or conducive to the discharge of its functions including (without prejudice to the generality of this paragraph) the power to make charges for any service undertaken by it and the power to acquire, hold and dispose of land or any interest in or right over land.

Relationship between Scottish Government and NatureScot

Legal origins of powers and duties

Pay and conditions of service

Many of the provisions included in this section - and other sections -  of the framework document highlight specific requirements in the SPFM that are considered of particular relevance to NDPBs.  It should be noted however that guidance in the SPFM should always be considered in its entirety as and when relevant issues arise.

Gifts made, special payments and losses

* To assist the Scottish Government in managing overall DEL commitment levels, prior approval is currently required by SG Finance for any incurring expenditure commitment over £250,000

The Chief Executive as Accountable Officer of NatureScot has delegated authority to approve all applications to ERDF funded programmes managed by NatureScot regardless of value where the NDPB is not contributing to match funding of a successful application.  ERDF programmes include the Green Infrastructure Strategic Intervention and Natural & Cultural Heritage Fund. For any applications where NatureScot is contributing to match funding, the delegated financial authorities, as referred to in paragraph 56 and specified in this appendix, apply. 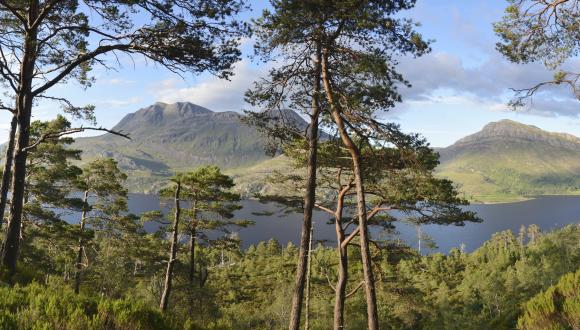 NatureScot promotes, cares for and improves Scotland’s nature and landscapes. Find out about what we do, how we do it and who funds our work.